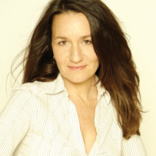 On March 18, just a few days before the Vernal Equinox, a group of yogis and yoginis gathered at Mountain Yoga in the Oakland hills to share in the ritual of 108 surya namaskar, or sun salutations. It’s an intensive traditional practice that builds up inner heat (tapas), harmonizes breath and motion, and brings on a meditative state of mind. As a ritual celebration of the Spring Equinox, the mid-March practice provided an opportunity to say goodbye to the lethargy of a rainy winter, open up to new beginnings and intentions, and dedicate the effort to something greater than ourselves. It served as a kind of “spring cleaning,” removing negative energy accumulated over the dark winter months in preparation for the positive growing energy of spring and summer.

Why 108 sun salutations? There are many reasons for the significance of the number 108. The 54 letters of the Sanskrit alphabet each have their masculine and feminine qualities (54 x 2 = 108). Krishna is said to have 108 gopis (maidservants). The diameter of the sun is 108 times the diameter of the Earth. There are 12 houses and nine planets in astrology (12 x 9 = 108). And the list goes on.

The ritual of the 108 surya namaskar can be likened to a mala with its 108 beads for counting prayers. Shlomit Revzen, who led the Spring Equinox practice at Mountain Yoga along with Mark Kenward, suggested that the practice is like a journey with four oarsmen representing the physical, emotional, intellectual and spiritual aspects. My hope from the start was that somehow, with the supportive energy of the group, I could coax those oarsmen to cooperate.

As we sat and centered ourselves before beginning, I imagined a fern frond beginning its life above the ground, tightly curled and not yet able to take in the light of the sun on its leaves. My intention was that this frond would be completely unfurled towards the sun by the end of the 108 cycles (about one and a half hours).

Each salutation cycle consisted of 12 poses performed with asana and breath synchronized in continuous repetition. We began with a slow set for warming up but then moved to a more rapid pace. The energy created by the group in motion was palpable. With the completion of each cycle, I found myself renewed, able to begin another ”“ and another. At one point I found myself intensely interested in how much time had passed and snuck a peek at the clock. Forty-five minutes left. Would I make it? An old shoulder injury was causing my right upper arm to weaken on my dog poses, but other than that, I was feeling energized and inspired to carry on.

108 Sun Salutations, a CD by Edna Davidson, was played, eliminating the need for counting the cycles. Created specifically for this ritual, it used a gong to move us from one posture to the next, the waterfall sounds of a rain stick for downward facing dog and a bell to signify the end of each cycle with tadasana. I found this mellifluous sound background a pleasant motivation to keep going ”“ without distracting me from the mental and physical focus I was keeping.

The practice drew to a close with another slow set allowing us to cool down before savasana. I’m sure I was not alone in my positive sense of completion. Instead of exhaustion, the energy created during the previous hour and a half stayed with me into the evening, along with the vision of a young green fern, now open and able to soak up the light of the spring sun.