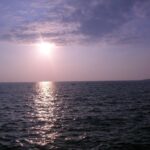 I have been a long-standing yoga instructor teaching on…

Yoga in America has seen a tremendous growth spurt over the last twenty years. Once seen as a closeted sub-culture of spiritual seekers, yoga has pushed the mainstream envelope and become a more normalized part of our culture. From health clubs to gyms, retreats to yoga centers, the practice of yoga has enjoyed enormous success.

As the number of regular yoga practitioners has greatly increased, so have the number of yoga teachers and venues in which to practice. Teachers were once viewed as isolated islands of societal rebellion. Being a yoga teacher, vegan, and meditation practitioner placed one in the category of “woo-woo” amongst mainstream folks. How quickly things have changed! Now a career as a yoga teacher is as normal as a bank teller or computer programmer.

However, there remains some very disturbing trends as the enormous proliferation of yoga teachers continues to grow. While choosing to become a yoga teacher can have rewarding benefits, it is very common for instructors to be taken advantage of in the work force. The time has come for yoga teachers to form a union that adequately represents themselves and their rights.

Yoga teachers come in many shapes and sizes. Some are aligned with a strong community where yoga is only a small part of the overall experience. Some are employed by gyms and fitness centers. Some work for small independent studios while others are employed by large chain yoga enterprises. Many teachers are happy working for someone else as opposed to creating their own studios. Whether categorized as an “independent contractor” or an “employee,” instructors are becoming a larger spectrum of the work force.

Most yogis get into the business because they especially love to share their knowledge with others. They are spiritual seekers and idealists at heart. Unfortunately, most instructors don’t have a solid background in law or business, leaving them susceptible to difficulty in understanding and managing their career. Yoga teachers need to start thinking of themselves as the CEO’s of their own company. A career is more than just a job; it is a set of objectives. For instance, many yoga teachers are “people persons” who are active and enjoy non-traditional work hours and the freedom to make their own schedules. Some tend to shy away from business responsibilities or being tied down to a structure (like a yoga studio). The fear of loss of freedom and being trapped in a monthly lease frightens many away from independent enterprise.

In addition, yoga companies often have the upper hand in the employment of teachers. Although the market is now flooded in many areas with certified yogis, the job opportunities have not progressed as rapidly. It then becomes easier for a yoga corporations to replace a “too demanding” senior teacher with an eager new one. For instance, as corporations have entered into the yoga business, the practice of yoga is often bought and sold like a commodity. Corporations often under pay, under employ, and silence the voice of dissention of teachers.

Yoga has become a business. Marketing themselves as a vibrant community is often far from the truth; usually, retail sales and monthly membership quotas supersede any feeling of community. A yoga union would ensure that teachers speak with one voice. Corporations, gyms, and some private studios do not necessarily want to hear what their teachers have to say. These businesses dictate policies and hire those who don’t question the rule of authority. Many instructors are taught to believe that they are being of service or working for “karma points.”  This general sense of trust in authority often leads yoga teachers to be taken advantage of. Unfortunately, the business of yoga has surpassed the spirit of yoga. Many teachers become the victims of unscrupulous business practices. Some yoga corporations ask teachers to sign a binding document requiring them not to discuss their salary with other teachers. These documents also contain a non-compete clause, which states that a teacher is not allowed to work for a competing studio unless granted permission.

Salary increases are often few and far between and seldom make up for the yearly rate of inflation growth. At the same time, a teacher’s expenses continue to grow. Teachers are often required to accumulate a certain number of hours of continuing education at their own expense. How many major corporations would require an employee to attend a seminar or training and make the employee pay? Not many, yet in the yoga world, this is common. Teachers spend hundreds of hours and perhaps thousands of dollars on their own training and still risk being fired without cause.

Most instructors working for corporations, studios, gyms, health clubs, and fitness centers receive no vacation pay, health care, personal days, sick pay, maternity pay, or overtime pay. A studio might offer a 401 K investment program, but this money is taken from the individual’s salary. It is rare for a yoga studio to match contributions like other prominent companies might do. Teachers aren’t paid for federal or state holidays, nor are they compensated if the studio has to close suddenly on a day they were scheduled to teach.

Many yoga studios have adopted the gym structure of a monthly fee for unlimited classes, and the studios benefit from these monthly charges by being closed on holidays while still charging a student for a full month. However, the instructors do not necessarily share in these profits as they are forced into a day off on a holiday without pay. Moreover, a student who takes full advantage of an unlimited membership might take several yoga classes per week, sometimes more than one in a single day. If this occurs, sometimes the student is paying little to nothing per class. How can yoga teachers receive a decent salary when students are enjoying quality classes for very little money? Not only has the product of yoga been cheapened, but the skill and expertise of its teachers has also been devalued.

In addition, most studios cannot guarantee a teacher full employment, so instructors must have several other jobs, making “burn out” quite common in the yoga community. Furthermore, most yoga teachers are hired as “at-will” employees: a studio owner or corporation can fire, lay off, or remove a teacher for no reason and without warning. By using “at-will” employees, studios and gyms can easily rid themselves of expensive long-term teachers while drawing in lesser experienced and lower paid ones. The full-time yoga teacher is a rarity because employers would have to provide benefits. Most studios strive for hiring as few full-time employees as possible and load up on part time workers. The problem is that the market is flooded with yoga teachers, but the opportunities for gainful employment have significantly decreased.

How many corporate employees have to cover their own shift if they take a day off? Not many. In the yoga world, it is common for a teacher to have to find a replacement if he/she is not able to come to work. The reality is that the class and students belong to the studio or corporation, not to the teacher. In addition, instructors must be weary of too many days off or being laid off could become a possibility.

Is it not time to talk about the elephant in the room? At this time, the yoga world has no representation to protect against a sometimes callous business environment. Teachers are often offered no input and put up with less-than-ideal working conditions in order to share their love of yoga. The time is now for yoga teachers to grow up, “put on their big boy pants,” and start acting like business professionals. In order to receive fair treatment, instructors need to see themselves as business professionals first. Being of service does not have to mean being a servant. The time for a unified voice is now.

What a Yoga Union Would Do

1. One Voice
2. Legal Representation
3. Ability to Strike
4. Nationalization
5. The Business of Yoga

A union would make yoga teachers become their own business owners and act like professionals with a skill to share. Even though categorized as independent contractors or employees, teachers would see themselves as important and worthy of fair business practices.