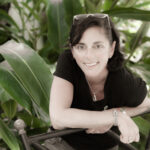 I have been photographing children, families and life in and…

Can I be Both?

So, I’m walking up 5th Avenue one early Saturday morning. The arches of Washington Square sit in my wake. The city is murmuring low, and the music coming through my headphones is turned up high. I notice a taxi depositing an older woman at the foot of a walk-up with some ten steps to the landing of what appears to be her front door. As she attempts to commandeer the baggage up the flight, the cab speeds off. I think of my aging parents and immediately imagine them alone facing a similar predicament.

Instinctively my own music stops, and I offer to help grabbing the suitcase and transporting it up to its destination. After a moment’s pause, the stranger realizes that I present no harm, smiles and extends her thanks.  Back in go the earbuds, up goes the volume and off I trot.

I share this tale not to trumpet my “greatness”, but rather as an example of how my yoga practice and buddhist explorations continue to inform my life. I have been gently committed to this path in one form or another for nearly fifteen years now, and I have no doubt that these leanings incline me to pay a bit more attention and to act naturally upon my instincts in instances such as this. They remind me that we are truly all in this together. With continued curiosity I fully embrace the core of these ancient traditions and teachings.

The same goes for my political leanings.  For while I am a committed yogi, I am also a registered Republican.  That’s right, Republican. I’ve even read Atlas Shrugged. In fact, it’s one of my favorite books.  So as we head into a spirited homestretch of this contest to elect new leaders, I find myself once more pondering the question, “Can I be both?”.

The possibility of this duality is an inquiry that has been personally simmering for some time now. An early career in the House of Representatives in my home state of Massachusetts schooled me much in the merits of balance and in the perils that can result when one team has all of the moves for too many years. Those early professional lessons prompted me to ask some questions and to eventually gravitate to the side of the underdogs.

While I remain on that bench, I continue to keep my ears and eyes open for any common sense flowing from either side of the aisle. In fact, four years ago I cast a vote for our current President. Through it all though, I continue to feel most at home in the company of those political minds who for me represent the common good – those individuals who through hard work have achieved success as well as those folks who despite giving it their best have not. There’s no deep-seated hatred for the other side.I respect and encourage their opinions.  It’s just not for me.

The  intensity of a polarizing national election finds me giving this inquiry even greater attention. While my instincts have long shouted out “Of course you can!”, I suppose on some level I have harbored uncertainties – as though my political party affiliation might in some way detract from my authenticity among the yoga circles in which I travel. My perception has been that in those communities especially when it comes to politics I dwell in the minority. Despite the knowledge that in practice, there is no “right” or “left” wing” my internal dialogue has continued to loop.

As I have begun to examine my perceptions through the wider lens of awakening and for perhaps the first time meeting circumstances just as they are, the light in this rumination comes peeking through. I’ve discovered that in employing the very teachings of the ancient eight-limbed traditions of yoga, the answer presents itself.

Among life’s daily grind, I volunteer my time shooting portraits of older kids awaiting adoption here in my home state. I also regularly work in a local shelter preparing hot meals for those folks needing a hand. My husband and I are raising two children to be humble and walk in in the shoes of others. I practice my yoga and share it with others as an instructor. Like others I do the best that I can. This process of meeting my assumptions head on here has brought me to conclude that yes I believe one can be both. Are there contradictions along my two paths?  Of course. But, as I have heard them the ancient teachings suggest a life of wisdom and compassion. We are truly all in this together. I get that.

The teachings also propose authenticity. This is where the light strikes. Anyone who knows me would agree that I am not one to broadcast my views, but come November I will cast my votes accordingly for both a national leader and a senator to represent us here in Massachusetts. And, I will do so with much humility and peace for I have come to realize that these guiding yogic principles represent my compass in life. They are what directs me to my true north both on my mat and on election day and will undoubtedly serve me well.

Read next >> look who is practicing! – Natalie Dessay