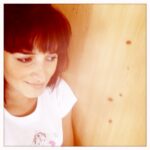 ‘Only Love Can Set You Free’- Music with a Message

The BaliSpirit Festival star is rising. With over 100 masters of yoga, dance and music coming together for a record number of 6,000 guests in 2011, there is no question that the movement is gathering momentum. And no wonder: this year the Festival is proud to present a phenomenal line-up, including Rocky Dawuni, Delhi 2 Dublin and Simon Low to name but a few of the exciting new guest performers and yoga teachers who will be lending their presence to the event held in Ubud.

Music is big on the Festival scene this year, with some incredible ”˜conscious creators’ performing- top 10 CNN African Music Artist Rocky Dawuni, Kirtan-Rock singer Dave Stringer and Conscious Hip-Hop group Luminaries to name but a few. Many of this year’s artists are pioneers in the realm of merging East and West in their sound, and this should make for an even more exciting Festival than ever before.

Headliner Rocky Dawuni, passionate and award-winning Reggae musician (he has been called Africa’s ”˜Bob Marley’ and was named African Artist of the Year in 2011), embodies the core ideals and values that the Festival seeks to promote. His soaring popularity has allowed him to follow his other passion: improving the lives of others.  Founding an NGO in his native Ghana called Africa LIVE!, Rocky was able to merge these two loves in his life; and with incredible results. The NGO’s annual live event “Rocky Dawuni Independence Splash” gains audiences of over 30,000 people every year, raising awareness for a plethora of causes including HIV/AIDS, clean water and education.

The Festival is honoured to have him, and even more so to hear what performing in Bali means to him: “BaliSpirit Festival represents to me a harmonious convergence of music, global culture, and spirituality- in a time when our world needs it most.” Rocky’s seamless movement between his work as musician and humanitarian has inspired his fellow artists and his fans alike, and his presence at the Festival sets the tone for a marriage of spiritual sound and social activism.

Dave Stringer has said of his relationship with yoga and kirtan: “I don’t know where the journey I am making ends. I’m just trying to report honestly from where I am.” This sentiment would appear to be true for many of this year’s Festival artists, and the coming together of so many individuals who have committed to expressing their creativity with a message of mindfulness will undoubtedly create a powerful harmony.

The artists at the Festival have made a creative commitment to promoting peace in their art. A line from one of Navicula’s songs says it all: “”¦we will always be, together in today”. This is more than music born from passion- it’s music made with universal compassion.

Robert Weber, Co-Founder and Musical Director of the BaliSpirit Festival, confirmed this when I asked him about the variety of artists at the Festival. With performers like Luminaries from the USA playing alongside the likes of Rocky Dawuni from as far afield as Ghana, there’s a lot of diversity in the lineup this year. Robert told us what he thinks this adds to the event: “Color and variety. Our musicians are united by common messages of hope and conscious action, and simply great live entertainment. We want to remind our guests of music’s huge potential to raise our spirits and do good, no matter where you’re from or what your style.”

There’s also diversity in terms of the different musical styles coming together this year, with upcoming and revolutionary artists sharing a stage with more traditional players.  I wanted to know what Robert thought this added to the Festival, and he said, “Part of what we aim to do is break barriers and that sometimes involves taking risks and giving stage time to new artists who are redefining their genres. I see music as a great way to communicate between generations too, and what better medium is there to inspire youngsters to express themselves positively?”

So to whet your appetites for the musical extravaganza that is very nearly upon us (March 28- April 1), we thought we’d fill you in about what some of this year’s artists have been up to, and give you a little insight into the things they love- “stretching”, “increasing the peace vibration” and the power of dancing to Michael Jackson!

Nahko Bear from the band Medicine for the People on performing at the BaliSpirit Festival and his relationship with yoga:

We love the idea of healing intentions, spiritual awareness and music together in one festival. I’ve never traveled outside of the U.S, so this is a big deal for me.  I’m very excited about this cultural experience”¦ I usually tell people “I do my own yoga…” which is true.  I’m stoked to learn more and involve myself in a community I don’t usually get to be a part of. AND TO STRETTTTCHH!!!!

J-Brave from the band Luminaries on their values as artists and their thoughts on the healing power of music:

World peace through Individual peace brought about by Meditation is a The Big One that is at the root of all others””at least to me. All issues””be it economic justice, ecological awareness, animal suffering through factory farming””can be said to be caused by a lack of awareness that all things are connected, and that every individual’s choices affect each of us in the family of Gaia!!

Fundamentally we all share a love of rhythm, melody, and harmony”¦ it is practically impossible to be angry with someone who is dancing and smiling to the same music as you. It is a core human connection that goes beyond words alone. I believe if every important political meeting started with 5 minutes of dancing to say… “Beat It” by Michael Jackson or “One Love” by Bob Marley, then that initial feeling of commonality would do worlds of good for open communication!

Make sure you check out the BaliSpirit Festival 2012 Line-Up and join the party!