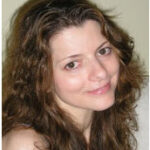 The practice of yoga has been integrated into physical education and after school programs, break periods and even across the curriculum in science, mathematics, and social studies lessons in countless public and private schools across the country. Along the way, despite the improved physical and emotional wellbeing of the practice and, its popularity and mainstream acceptance, many parents and religious leaders have objected to yoga education in schools:

• In 1995, three Catholic families filed suit against New York’s Bedford Central School District for violating their First Amendment rights through a “New Age curriculum” that incorporated yoga classes, cult worship, and religious activities. The court did not find the yoga classes a violation of the separation of church and state, but did uphold four of the families’ fourteen claims. In 2001, on appeal, the School District prevailed.

• In 1997, four Representatives from Washington State asked the House Committee on Education to review a bill forbidding yoga instruction, as well as meditation or “centering,” guided imagery and relaxation techniques in its public schools:

As described in the bill, “‘Yoga’ is a Hindu philosophy and method of religious training in which eastern meditation and contemplation are joined with physical exercises, allegedly to facilitate the development of body-mind-spirit.” Moreover, “These are Eastern religious practices, and religion has no place in public schools.” The bill was not passed.

• In 2002, pressure from local Christian fundamentalists forced the Aspen School District to call a school board meeting to discuss its plans to incorporate yoga instruction into the curriculum at Aspen Elementary School. Opponents referred to yoga as a “kind of Hindu cult-like thing” and argued that such Sanskrit words as namaste and mantra had Hindu roots. Such terms were removed from the curriculum.

• In 2005, Christian activist organization Called2Action approached North Carolina’s Wake County Public School System after receiving complaints that “New Age religion” (yoga) was being promoted through stress-reduction classes that included breathing exercises. The Christian Law Association reached an agreement with the School District out of court.  In NPR’s report on the issue, the exercises were said to have “Hindu roots.”

• Just last June 2006, The Alabama Department of Education’s State Board of Education decided the use of “any techniques that involve the induction of hypnotic states, guided imagery, meditation or yoga” during or after school would be prohibited. In the Alabama Administrative Code, yoga is defined exactly as it is in Washington State’s House Bill: “A Hindu philosophy and method of religious training in which eastern meditation and contemplation are joined with physical exercises, allegedly to facilitate the development of body-mind-spirit.”

The controversy exists as far away as India: Muslim and Christian groups in the state of Madhya Pradesh early this year protested a new statewide government policy mandating the practice of yoga in schools. Madhya Pradesh is a predominately Hindu state governed by the Bharatiya Janata Party (BJP), a predominately Hindu party. The yoga curriculum includes surya namaskara (salutation to the sun) and Hindu chants. In this case though, there is little confusion as to weather yoga is a religion: Jamiat Ulma Hind Executive Member Haji Mohd Haroon, said that the Jamiat does not object to “yogic exercise” but, to the recitation of “religious verses during surya namaskar.” (The group also objects to surya namaskar as it is a “Hindu practice” honoring the sun.) According to Anand Muttungal, a spokesperson at the Catholic Church of Madhya Pradesh, the BJP is trying to “incite religious passion under the garb of yoga.”  (The BJP has been accused numerous times of using yoga to further its religious convictions.)

Yoga is neither. There is no deity to worship, no ordained clergy nor institutional structure, no religious services to attend, no congregation, no sacrament, no reparation. Nor, “does [yoga] mandate a particular set of beliefs,” says Christopher Key Chapple, Doshi Professor of Indic and Comparative Theology at Loyola Marymount University.

So where does such widespread confusion come from? It is thoughtthat yoga and Hinduism originated in India. (It is also thoughtthat yoga predates Hinduism.) The first yoga practitioners happenedto be Indians, who happened to be Hindu. Naturally, the first yogateachers, again, Hindu, translated the Yoga Sutras of Patanjali, yoga’s source text from their perspective or worldview: The goal ofyoga, became union with god. And yet, officially, the ancientHindu text, the Bramha Sutras rejects yoga.

Robert Birnberg,director of the Breathing Space explains, “Patanjali does not defineYoga as ‘union with God’. In Sutra 1:23, belief in God, or Isvarapranidhana, is offered, not as a requirement, as with allorganized religions, but as an option. Furthermore, while religionshold union with God (or some variation) as the Ultimate Goal, Sutra1:29 describes the benefits of devotion to God as ‘knowledge of ourtrue nature, and freedom from obstacles’…” Ultimately, “Hinduismemploys the odd stance of openly employing Yoga’s technologies for pranayama and meditation, while rejecting Yoga’s dualistic, God is an option philosophy.”

In addition, modern texts (and teachers) add to the confusion as well. As noted, NPR reported that yoga has “Hindu roots.” Many of the opponents in the aforementioned cases quoted Yoga Journal.

So, if yoga is not a religion or cult, what is it? A system of  “techniques that help people become more effective in their prayer life, if they wish, or to improve their overall health,” says Chapple.

Darlene D’Arezzo is founder and director of Kids’ Yoga Circle. She leads yoga classes, workshops and retreats for children, families and teachers.