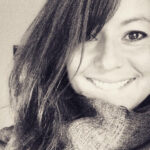 As fate would have it, I would be lucky enough to catch up with some of my old yoga teacher family, in the beautiful city of Amsterdam, for a four day hot yoga course, through Absolute Yoga.

On one of the days, I was with my friends, Masjenka and Ben. We decided that we would try out another yoga school, called Nieuwe Yoga School in West Amsterdam, and participate in a yin class. We approached the front desk and they explained to us that it would be taught in Dutch.

I thought, given it was a yin class, it would be fine; only a few postures held for a long time. The teacher came out and spoke to us. The class had been requested in Dutch, so he couldn’t do the class in English. He said we would be completing a series of breathing exercises at the beginning of the class.

I found my mat and came into Supta Badhakonasana (butterfly pose but lying on my back). I closed my eyes, prepping myself for a small meditation. The teacher tapped me and explained to me the style of breathing we would do; inhaling deeply through the mouth, dropping the diaphragm down, expanding the rib cage, and raising the shoulders.

In this type of breathing, you are filling the lungs completely, and proceeding to exhale long and deep through the nose, so that all the air is expelled from the lungs. He said he would instruct the important parts in English for me. The points at which we hold the breath, will send the breath to the third eye, breathing rapidly, as we did in the previous two sections. He said it would clear our bodies of toxins and CO2. Sounded good to me, Ill give anything a go once.

He introduced the class speaking in Dutch, explaining the breathing exercise. I listened intently even though I could not understand him; I was able to pick out only a few words. The teaching in Dutch did not bother me; I felt confident I understood the exercise.

But what would happened next, was unexpected. As we began, I quickly realized the exercise was to take about three minutes. In this type of breathing, the technique he explained, was forming your own rhythm. My fingertips and toes began to tingle.

He explained the tingling sensation is normal and that you want it to begin travelling up your arms and legs, towards the center of the body. When we were done, I closed my eyes. Color was everywhere; swirling blues, greens, yellow, orange, gold, and purple. I realized I hadn’t taken a breath in ages. The tingling in my fingers and toes, subsided.

We began again. This time, holding the breath for about one minute. My body vibrated and tingled. On a long slow breath out, followed by the same breathing style as the first set, my heart began to beat hard. My fingertips tingled up through my hands and forearms.

My toes felt detached, as if they were a long ways away from where I was. I began to see white spots, like stars, behind my eyes. When we stopped, my eyes were closed. My body vibrated. There was no thought, as I lied here watching the backs of my eyes. I began to feel light; all I wanted to do was smile. One more round; this time holding the breath and pressing the oxygen up to the third eye. I held my breath for about 30 seconds, then slow steady breaths once again.

We stopped. I became hyper sensitive to all feelings within. I could feel my heart moving, the blood pumping through my veins, my muscles pulsating, and tingling. I could feel the tiny spaces between all the matter that created me. I could feel the energy channels within me, as my vibrational existence was taking me somewhere else. I knew I was in a room, but I wasn’t really there. I was somewhere between presence and meditation state.

Flashes of color became places, people, faces from my past, and ones, I did not recognise. I stood in the middle of a park, but I was only there for a moment. I took a breath in and then I heard the sound of the bell. I was brought back into the room and my eyes opened, focusing on the sunshine streaming through the big arched windows above me.

The class continued and the teacher slowly moved us into downward dog and took us through a few Vinyasa postures. He then placed us in warrior 2, holding us there, until the vibrations within my body, turned into white fire and burned within my legs. The vinyasa sped up, faster and faster, connecting breath to movement; my breath was the deepest it had ever been. My gaze was soft and my body was completely present, but this inner light vibrating everywhere within me, wanted to take me somewhere else. It is not until now that I recount my experience that I realise what that feeling was.

This whole experience was completely new to me; feeling all new sensations and emotions, but at no point was I fearful. The class finally slowed, and we came to sit on our mats in Badhakonasana, butterfly pose (or bound angle pose). The yin section of the class was to begin.

I folded forward, closed my eyes, and sent my breath into all corners of my body. That was the last conscious thought I had. For a moment, I was sucked into a vortex, and then regained clarity of sight. I was walking in a park along a path, with the teacher of the class. While we were talking, the instructor was speaking in Dutch, however, I felt like I could understand him. The visions felt like I was there momentarily and yet, forever.

The visuals were so vivid, real, and yet, nothing like anything I have experienced in a dream. I began to skip and run. I felt free, running in the sunshine. I felt joy and happiness. Then, the sound of the bell rang into my ears, and I was drawn back into the room. My body instantly screamed at me, because of the position I was sitting in. However, I felt no need to react. I slowly unfolded my body, kept my eyes closed, and gave my legs a little shake. I then realized, I had completely lost track of time. How long had I been there? What time was it? From the ache of my body, it may have been quite some time, but I was not sure.

Postures that open the hips, tend to release emotions associated with pain or anger. Postures that open the heart, tend to break down barriers that we have built, in order to stop the flow of love.The posture began, and I took a deep breath. I filled my lungs, but before I could consciously breathe out, I was sucked back in to another vision.

This time, the visions were not so friendly, fun, or even joyous. The visions came, as though situations were flying at me. Visions of ex-boyfriends, uncomfortable situations, and strong emotions, filled me. I was never scared but the visions were confronting, forcing me to feel so many things. I was uncomfortable, yet calm. I was slightly in shock and was unsure about what was happening to me, so I forced my eyes open and drew a very strong breath into my lungs. I was back in the room.

The yoga teacher was slowly walking around the class speaking in Dutch. He was walking in my direction and he glanced at me. As soon as our eyes met, he smiled and I closed my eyes once again. This time, I felt a warm white and gold glow from within. A bright swirl shone behind my eyes, and I was standing, as the silent observer of my own mind, conscious in my thoughts, and conscious of the feelings that had just surfaced themselves.

I was confused about what had occured, what was happening, and yet I was overwhelmingly calm. I was standing in the middle of space, where nothing and everything exists; a flowing mixture of light and dark, thought and unthought, silently watching as it continued to change. Some of the things that happened are only things of the mind and can not actually be put into words. I was there for what seemed like a very long time, when the bell rang.

It took me a long time to move. My mind in trying to reconnecting to the present world, seemed as if it was at the pace of a snail; realizing the ache in my hips and lower back, I realized I was not drowsy or tired. The room I was in, became completely clear.

The class was concluded with a Savasana, but I could not surrender this time. My mind had taken over and too much thought took place. What the hell just happened to me?

After class, my friends and I got a coffee. I did not want to speak of my experiences first. I would rather wait for the others to speak. Masjenka spoke up first. She expressed her experiences within the meditation and then with relief, I expressed mine.

We had both experienced visions; both confronting and joyous, and neither of us could make any sense of what it all meant. While this experience could only be described as confronting, I am keen to exploring what just occurred. Since the meditation, I have felt lighter, happier and healthier.

Read next >> the pyramid of needs according to the seven chakras