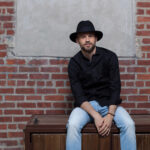 James McCrae is an author and Creative Strategist who helps…

bend over backwards for ms

“Here is the greatest of altars, the living, conscious human body, and to worship at this altar is far higher than the worship of any dead symbols.” – Swami Vivekananda

Today’s Western definition of yoga is limiting, describing a specific type of exercise. But to the ancients, yoga was a sacred spirit-body connection. Their goal was not fitness. It was direct connection with Brahman, the God-like spirit within us. No religious buffer between man and God was considered necessary. Just practice. Of the many yogas that developed over the past 5,000 years, Kundalini was considered the most sacred.

The exact origin of Kundalini Yoga is unknown, but the earliest known mention dates to the sacred Vedic collection of writings known as the Upanishads (c. 1,000 B.C. – 500 B.C.). Historical records indicate that Kundalini was a science of energy and spiritual philosophy before the physical practice was developed. Over time, the body science of Kundalini Yoga was developed as a physical expression of the Upanishad visions. From its origin, Kundalini Yoga was not taught publicly. It was treated as an advanced education. Students were required to go through several years of initiation before they were prepared to learn the spirit-body lessons of the Kundalini masters.

For thousands of years, the science of Kundalini was kept hidden, passed on in secret from master to a chosen disciple who was considered worthy. Teaching Kundalini outside the secret society of Indian yoga elite was unheard of. The public was not prepared, it was believed, to access such powerful knowledge. Kundalini was veiled in secrecy until one morning when a holy Sikh rebel named Yogi Bhajan wrapped a white turban around his head and took a one-way flight from Punjab, India to Toronto, Canada in 1968.

Without Yogi Bhajan, it’s no stretch to assume that Kundalini Yoga would still be unknown in the United States. While visiting California in the late 1960’s, Yogi Bhajan witnessed the hippie cultural revolution, many of whose principles he recognized from his own Sikh upbringing. He observed two things. #1) As evidenced by their search for expanded consciousness, young people in America were longing to experience God. #2) Aided by drugs and half-baked mysticism, they were going about it all wrong.

Yogi Bhajan knew that teaching Kundalini Yoga outside the sacred Indian lineage was forbidden. But during a meditation on a weekend trip to Los Angeles in 1968, he had a vision of a new spirituality that combined ancient knowledge with modern practicality. He awoke from the meditation with inspiration. He would teach Kundalini to the west, proclaiming, “It is everyone’s birthright to be healthy, happy, and holy, and the practice of Kundalini Yoga is the way to claim that birthright.” His weekend visit to Los Angeles turned into a permanent residency. Within the next two years he would establish the 3HO (Healthy, Happy, Holy Organization) Foundation and the Kundalini Research Institute. He was just getting started.

Yogi Bhajan’s influence extends beyond yoga. He wrote several books, established International Peace Prayer Day and worked with several international governments on projects to bring peace and mindfulness to world affairs. Yogi Bhajan believed we each have a responsibility to better society through mindfulness and compassion, and he dedicated his life to making his vision of practical spirituality a reality. After his death, the U.S. Congress passed a bipartisan resolution honoring his contributions to the world.

“Kundalini Yoga is the science to unite the finite with Infinity.” -Yogi Bhajan

The yoga of awareness

To understand the philosophy behind Kundalini Yoga, let’s follow the trail to the first historical texts to mention it by name – the Upanishads. Written by several unknown authors over the course of 500 years (between 1,000 and 500 B.C.), the Upanishads (similar to the Vedic literary scriptures) are a collection of oral teachings on the spiritual nature of reality.

The Upanishads, originally passed from masters to students following deep meditative visions, are square one for Eastern spirituality. The central concepts of Hinduism, Buddhism and other traditions trace their origin to the Upanishads. So does Kundalini.

As the “yoga of awareness,” the philosophical purpose of Kundalini is to awaken your Higher Self. Each individual, it is believed, is an energy center for Brahman (God-like creative consciousness). By using the scientific methods developed by Kundalini masters over thousands of years, we are able to disconnect from the worldly Ego and connect directly with Universal Brahman.

According to Kundalini Yoga, the essence of God is the same essence of us. God is creative consciousness, the energy from which all things flow, including ourselves. We can access Brahman because it is already part of us. In other words, we are each individual expressions of the same collective energy. Kundalini is the method to shake off our false Ego narrative of separation and experience the true nature of our existence. Not bad for a little stretching, right?

“Until you make the unconscious conscious, it will direct your life and you will call it fate.” -Carl Jung, author of The Psychology of Kundalini Yoga

Also Read: what is kundalini yoga?