Home > Be Spiritual > Philosophy - Wisdom > What Is A Mantra? 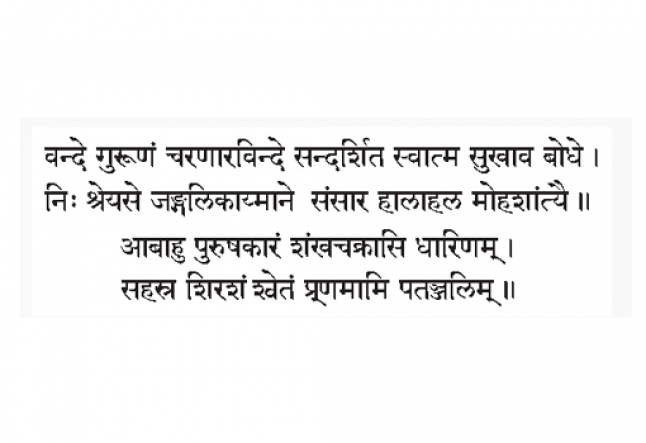 what is a mantra?


the yoga of sound

A mantra is a tool for protecting the mind from the habitual, unconscious cycles of thought and action we get caught up in. In ancient Vedic philosophy, these imprints on our subconscious mind are known as samskaras. These impressions that get stored in our mind through cultural conditioning and past experience directly impact how we perceive our conscious experience in the present. Mantras are ancient techniques that we can use to protect our mind from getting stuck in the bottomless well of samskaras. The sounds themselves, even before they are assigned meaning, resonate in different parts of the body and mind, increasing sensory awareness.

The first mantra that you have been exposed to is most likely OM (AUM). It is a universal mantra and the primordial sound of nature. The A (pronounced Ah) resonates in the lower part of the body, the O in the middle part, and the M (pronounced Mmm) in the upper region. The vibrations of OM evoke movements of energy, beginning at the base of the spine and moving upwards to the crown of the head. For the spiritual seeker interested in ancient literature, the Mandukya Upanishad elucidates the syllable of OM and its four states of consciousness. Mantra recitation guides the practitioner in finding their sacred inner sound – the internal music that has had the volume turned down. Sanskrit scholar Nicolai Bachman explains that Sanskrit originated as the language of mantra and that each mantra has specific or general effects on oneself, others and the world. When pronounced properly, this scared sound energy intimately connects the individual with nature. Swami Sivananda has taught that a mantra practice transforms the mental substance by producing a particular thought movement. According to him, these rhythmical vibrations regulate the unsteady vibrations of the five koshas (sheaths or layers). The koshas are believed to veil our inner Self. Meditation and mantra practice allow the practitioner to peel away the layers, diving deeper into the core of our being.

Daily practice of mantra meditation will make one centered in the core sheath. Developing a japa (mantra repetition) practice with the use of mala beads can take the practitioner into higher states of meditation. As we delve deeper, we use the mantra as a sanctuary that houses the source of power to manifest our intention. When we work with the sound energy of Sanskrit mantras, we tap into an ancient practice that has been performed for thousands of years as an expression of the pattern of nature.

Be Spiritual
donna de lory on music, motherhood and the divine mother