Home > Be Spiritual > Philosophy - Wisdom > What Are Mudras 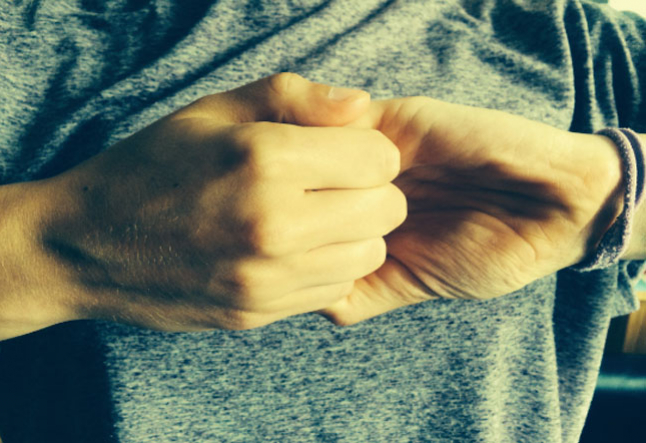 Mudras are very important gestures that are used in yoga, and particularly in Hatha Yoga. The word Mudra is a Sanskrit word that translates to mean “sign” or “seal”. They are physical gestures that incorporate the hands, fingers, eyes, and other parts of the body.

Mudras actually stem from Hinduism and have been used in many forms of Hindu dance, like Kathakali, Manipuri, and Kuchipudi. In these dance forms, the mudras are used to express various emotions.

Yogic texts like the Gherana Samhita, Hatha Yoga Pradeepika, and Siva Samhita explain mudras in detail, as do tantric texts like the Upanishads. These texts list approximately twenty-five mudras that are particularly important to yogis.

The twenty-five most important yogic mudras are:


These mudras are used to influence prana (force of life). By holding these mudras we move prana around the body in a particular way, and this can influence our physical, mental and spiritual state. We can either direct prana towards specific regions of the body or mind, which is done for healing purposes, or we can use mudras to create a higher state of consciousness.

The spiritual importance of the mudras is explained in the Gherana Samhita, in which Lord Shiva tells Goddess Parvati that the mudras will grant great happiness and health.

There are 60 mudras in common use today, each offering its own unique health benefits. For instance, the Makara mudra activates kidney energy and can be used to fight depression. Meanwhile, the Hakini mudra enhances communication between brain hemispheres, which leads to improved cognitive function.

One of the most important mudras for yogis to know is the Khechari mudra, which is said to be the king of the mudras. It is a potent mudra that fills the body with a divine energy called Amrita, which in Hinduism is described as being the drink of the devas, which grants them immortality. Worshippers actually consume a sweet-tasting drink called Amrita, which is similar to honey. It is said to help the mind to attain higher states of consciousness, namely: Dharana, Dhyana and Samadhi. Practicing the Kehchari mudra is said to offer the same benefits.

These advanced spiritual practices are not as popular today. More popular are mudras like the Chin mudra and Jnana mudra, both of which are commonly used in yoga practice. These mudras use the thumbs and fingers to create pranic knots that direct energy to specific parts of the body.

Another view of the mudras is the esoteric philosophical view. According to the philosophy, the thumbs and fingers represent specific things. The thumb represents Ultimate Reality (Brahman) and the forefinger represents Inner Reality (Jiva). Therefore, when we touch the thumbs and forefingers together we unite Ultimate Reality with Inner Reality. In this explanation of the mudras, the three remaining fingers represent the gunas: Satva, Rajas, and Tamas.

Anjali Mudra: The Anjali mudra is the most well-known mudra in the world. It’s the same hand position used for prayer. This mudra connects us with the divine and produces inner peace.

Shambhavi Mudra: This mudra is performed by gazing at the spot between the eyebrows, where the third eye chakra is located. This mudra activates the third eye, improving insight and psychic powers.

Abhaya Mudra: The Abhaya mudra is basically a stop sign. To perform Abhaya, we hold the palm of the hand outwards at just below shoulder height. This is a very important mudra in Buddhism and is said to stop fear.

Dharmachakra Mudra: The Dharmachakra mudra is performed by holding the middle finger of one hand between the thumb and forefinger of the other hand. This mudra represents the cycle of life and death and is said to inspire us to contribute to society.

Jnana Mudra: This is another very well-known mudra. It is the hand gesture we most commonly associate with meditation. We perform the jnana mudra by placing the pads of the thumb and forefinger together. This increases wisdom and connects us with our deity.

The mudras are a powerful way of enhancing our yoga practice as well as healing the body and mind. And they also happen to have a fascinating history, which we have looked at above.

There are sixty different mudras in common use, and each offers its own unique benefits, so there is likely to be at least one or two mudras that would be applicable to your own situation.

TheDailyMeditation: 60 Mudras For you To Try