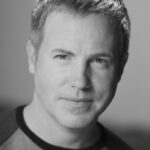 His approach of treatment will aid you in attaining your…

Opening doors of understanding between cultures

When you can ‘be’ with what is; when you can flow with whatever is happening around you, you allow magic to show up.

Often when traveling, things don’t work out as planned. I have learned that trusting and connecting to the core of Knowing within me allows the most profoundly beautiful events to unfold.

For me, it’s about connecting to this powerful light of awareness that is here now to guide us toward living extraordinary lives. Drama exists wherever we go. If we resist it, it grows. If we learn to just ‘be’ with what is, it dissolves.

Only then can the true magic of life show up.” — Marlise Karlin

What can we offer as we travel the world? Are we just tourists spending dollars to support a local economy?

Or is it possible to bring more into the experience? Marlise Karlin, founder of Inner Knowing with Marlise, a practice to access a stronger sense of self, profound healing and deep inner peace, brings a sense of spirit, curiosity and willingness to her travels. In her journey of teaching workshops around the world, she has found that people of all nations are vessels waiting to open up to their own power of spirit.

Her travels have led her to places such as Bali, Africa and Europe, and the common denominator in all of these journeys is what people experience that speaks beyond language. It is the connection they feel as their own Inner Knowing expands.

Her mission as a spiritual traveler is defined by her trust and intuition that lead her into many unusual experiences, opening up doors to understanding between cultures.

The inspiration arises from her belief that this is a time of transition and understanding being built in the world. “I’m ready,” Marlise recounts as she thought back to the time when she was contemplating the next step in her life. “Wherever I go, if this is my last breath, then I’m ready to take it. Show me. And so much came pouring in.

Traveling to Africa in the course of her work, Marlise found a profound connection with Maasai people and was inspired to share a session with the local population.

Marlise was escorted by her guide, a Maasai warrior named Ole Tome, into a dark and silent clinic that was primarily for women. Here she learned of the fear and anguish that these women encounter as their daily existence.

The only method of speaking was through an interpreter, and there was a presence of distrust in the room.

As an offering of connection, marlise began to share the experience of stillness meditation, and the women in the clinic began to relax and open up, sharing the stories of their pain but also responding to the message of universal hope that was being ignited by this connection into their intuition and power.

“Life can get challenging wherever you live,” marlise says. “What I could show them was the place inside themselves where they could feel the joy of who they were, connected to that big blue sky they lived beneath.

And so that any time when life got tough, in the future all they had to do was go out into the field and breathe, and see the sky and notice the wind blowing in the grasses.

And you could see in their eyes the changes that happened in just these moments.”

The men who had been her guides also stepped into the room.

Although there are prohibitions to men and women touching in public amongst the Maasai people, the men became curious about the energy that was being awakened and were invited to join into the exchange.

They began to open up an awareness of choosing to find stillness in the simplest moments of the day, in a culture where choice was not even contemplated.

While working with another group of Maasai men, Marlise was asked by one of the participants, “Will this work bring me more cows?” Marlise replied: “What this will give you is peace of mind … and then the cows will come.”

She bridged the cultural barrier with an infectious humor that broke light into the room.

By being present to experience this opportunity, Marlise was able to journey into a culture and share her knowledge with a people who were thirsting for a deeper understanding of their world.

Although this had been an unplanned part of her trip, many of the sessions that had been prearranged were canceled due to intense rains. But Marlise was accepting enough of her own experience to be open to whatever came her way.

These types of opportunities can be unveiled throughout our journeys when we allow ourselves to step out of a preconceived notion of travel and go with what is rather than get upset when things don’t go as we originally planned.

A continent away in Amsterdam, Marlise was scheduled to offer a session of her work. A gentleman who found himself going through a series of intense stressors in his life was researching online to find different types of treatment.

In his search he was guided to Marlise’s Web site.

As the site opened, he immediately felt a deep sense of relief. As he looked further, he found that Marlise was arriving in Amsterdam shortly to conduct a series of workshops.

Through a series of mishaps and trauma, he arrived at the session at the last minute carrying high levels of stress and anxiety.

Within seconds of settling in at the session, he felt that he had arrived at his destination and found the warmth and love that he had been searching for.

He then moved to a deep place of connection that helped to begin his journey of healing.

In meeting with her hosts for this portion of the tour for the first time, Marlise felt inspired to share with them a session of Inner Knowing rather than racing around town seeing the sights.

Both of her hosts were people on a strong spiritual path and within moments of the session’s start, had a profound reaction to the experience, with one of the hosts cleansing through tears and the other moving into a profound sense of stillness that for the first time, in a long time, quieted the racing thoughts that can invade the mind.

At the end of the session, Marlise stated, “What happened here is that each of you drew to yourself exactly what is perfect in this moment.

We always draw to ourselves an experience of what we need to learn, of a new awareness, that will guide us to the next step in our lives.”

In addition, there is openness to the potential of any moment that makes traveling with spiritual awareness an exciting journey with many unknown destinations.

Instead of sitting on a tour bus or standing in line to see the sights, intuition provided a profound experience for marlise and her hosts.

Also in Europe, another moment of transition occurred for a man who attended a workshop with Marlise. From the moment he arrived, it was obvious that his wife had coerced him into coming.

He made it very clear that he would rather be out drinking, but by the end of the session, he had a personal discovery. He said, “This morning when I came here, I didn’t feel like going. I’d rather have gone to the bar.

But instead of going to the bar and drinking a few beers, I found that I can just ‘be’ with myself. I’m not saying I’m never going to a bar again, but I found out I don’t need to do many things to be happy.”

He didn’t know that he could hang out and just be and still have a great day.

These experiences emphasize the universal connection that can be found in traveling to varied cultures.

As we shrink the gaps between our differences, there is a recognized common ground of vibration at a deeper level.

“It’s time for more and more people to move into higher awareness now,” Marlise says. “You can see this wave of consciousness that is spreading around the globe.

As that light expands within each person, it grows stronger and then sparks the next lights: people moving into greater awareness as a world community. This is really what we all want.”

Marlise travels the world offering Sessions and Retreats that guide people into a greater connection with their Inner Knowing, which improves balance, health, peace and happiness in their lives.