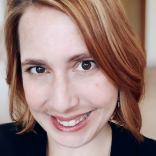 expert advice on making your yoga sessions more comfortable for everyone

How well do you know these characters from your class?

• The burly, muscle-bound man who is regularly complimented on his posing.

• The strapping yogini who was just directed to bend forward and exhale deeply.

• The soccer mom who seems at home in Lululemon, lingering by the door to chat before sneaking in late to class.

• The Zen, mala-wearing mama whose form was adjusted with a touch on the back (and the bra strap).

You might think you know your students very well. But how do you recognize when you are dealing with a survivor of trauma? This could be from sexual assault, domestic abuse, child neglect, or any sort of complex trauma.

There is no one single way they look, talk, or act. Any one of these people might be someone with a history of painful experiences, triggered by seemingly innocuous words and gestures.

Chances are that every single yoga teacher has already encountered, or will encounter, at least one or more survivors in their class.

The statistics are staggering. According to the Centers for Disease Control, one in 6 women, and one in 33 men, will be the victim of rape or attempted rape. Every 98 seconds, someone is sexually assaulted, as reported by RAINN (the Rape and Incest National Network.) 94% of rape survivors will experience symptoms of Post Traumatic Stress Disorder, according to the US Veterans Affairs Center for PTSD. Of course, these are just estimates – a large number of assaults go unreported.

So how does a yoga teacher or studio owner adapt to the likelihood of having a survivor in one of their classes? The emerging field of Trauma-Informed Yoga, or Trauma-Sensitive Yoga, offers some simple actions that can be taken to make each session a more comfortable environment for everyone.

Start by acknowledging that coming to a class which will put people in touch with their bodies can be a terrifying and difficult thing. This can be combatted by simply warmly welcoming participants into the room, with a smile. Opening remarks might include gratitude for attending, and congratulations on doing something positive for themselves.

Don’t impede or block in any way, the exits to the door. In your opening  comments, clarify that anyone can leave if or when they wish, and they are welcome again at a future class.

Put straps and other similar tools away and out of sight.

Before turning out the lights for Savasana, consider dimming them instead, or use warm lamps or candlelight. Participants can be encouraged to gaze at the candles during meditation, if they do not wish to close their eyes. Avoid walking around during a meditation period, in case participants feel circled, or like someone is coming up behind them.

Take care when complimenting body positions. Remember the above example of the man whose posing was complimented? It is important to be aware such compliments can be inappropriate. The words “pose” and “position” may have sexual connotations, as if that person were to be photographed or forced to perform in some way. Consider using words like “postures” or “asanas” instead. David Emerson, Executive Director of the Trauma Center and pioneer of Trauma Sensitive Yoga, recommends the word, “forms.”

“Groin”, “pelvis” or similar references can be hot-button triggers and should be avoided. Try substitutions like “seat” instead of butt, or “heart” instead of chest, or even “your being” instead of “your body.”

Avoid making a direct command or encourage participants to “push it.” The goal is to help students feel in control at all times.

Invitational language, such as “I invite you to…” or “when you’re ready, you may…” is optimal.

A true ‘Trauma Sensitive’ class has no hands-on adjustments, only verbal directions. But if they are necessary, an “opt-out” option should be offered, perhaps on a registration form filled out before class.

Recognize that a survivor, if asked directly or publicly may not feel comfortable saying “no” yet.

Other tools such as chips, markers or river stones could be used by participants to put on the corner of their mat to indicate that they do not want to be touched. (The best thing about river stones? They can be found in abundance, for free, in any nearby lake or river!)

If any of these suggestions are incorporated into class sessions, it will reduce potential triggers and create a safer, warmer, more welcoming environment for all participants. This will inevitably translate into a wider audience and attract more students to be in attendance. All of this, while bringing the benefits of yoga to people who may need it the most – and that is a wonderful thing.

You just might change a life — and isn’t that the goal of yoga?

Read more >> why do i feel sad in hip-opening yoga poses?