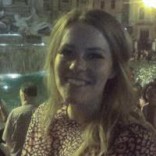 We all enjoy a glimpse into the future, whether it’s through scientific predictions or through the eyes of a talented Hollywood director. Some of us are now old enough to see these visions and predictions come to life.

I don’t like to think of a future where plants (that bring many beneficial health benefits) are phased out and we live in a modern cityscape.

New developments in the plant realm have now opened a world of possibility and given us an extraordinary image of our future cities. When depicting space-age urban landscapes, they’re often void of any plant life, they’re focused on technology, manmade materials and electricity yet the opposite could be true.

As scientists find a way to power a radio using moss as solar panels, the future looks very green indeed.

Although this is on a very small scale there is no denying that it does work. Previously this method could only power an LED screen, now it can power a radio. It uses Photo-MFCs (Photo Microbial Fuel Cells) to collect and convert the electrons generated during photosynthesis. Although this process could use any plant, in this instance moss was chosen because of its photosynthesising capabilities.

Moss covers a large flat surface area and so can be placed easily on top of wet conducting materials which ensure the maximum amount of electrons are produced. It’s worth noting that the moss is still alive (of course) and is a plant capable of growing in wet conditions, even thriving. Once collected in a cathode, the electrons travel to a circuit which connects the cathode to the anode and the radio receives power.

The scientists admit that they’ve not researched extensively the best plants for the job, however when we consider the following requirements:

We can see that there are other options. Faber mentions paddy fields, however there may be other alternatives such as fast growing algae or even water lilies!

Although in its infancy, this development opens a world of opportunity and brings a new vision of the future. A vision where moss isn’t eradicated but encouraged and buildings can power themselves as long as they’re covered in greenery.

We may be stepping ahead of ourselves here but for once this could put a small silver lining on the flood crisis as those areas now underwater could become a breeding ground for Photo MFC energy.

With funding, research and development, this could be used commercially within a decade. In fifty years this could solve the energy crisis while bringing an eco-friendly solution to power. It’s quite mind blowing when we consider the overall potential.

Of course, once the best plant has been decided, scientists will no doubt use selective breeding to ensure the maximum efficiency of the plant. We could find a new breed of plant that’s known globally as an energy source, fields upon fields of photosynthesising greenery that purifies the air while emitting the electrons we need.

Meanwhile other scientists have been focusing on the efficiency of the solar panels we currently use, seeking solutions in nature.

One Shu Yang has mimicked the translucent coating found on butterfly wings to offer a more effective covering for solar panels that is reflective while resisting moisture. This gives the solar panels an incredible aesthetic quality while keeping them clean and dry.

The latter could also increase the efficiency as solar panels are shown to be less effective when debris or dirt covers them. As they are notoriously difficult to reach and so almost impossible to clean without professional help, this could save many homeowners and businesses a lot of money.

Yang doesn’t want to stop there as she believes this coating would enhance a city’s appearance by giving a translucent, pearlescent finish that could potentially change colour with a switch. Although this doesn’t offer any energy benefits it could be a coating used by innovative architects in the future.

The All Seeing Eye

In another development not too far removed from the application of butterfly wings, scientists have found a way to mimic the beneficial features of a moth’s eye. Already revered for their ability to see so well in the dark this new development mirrors the structure of the eye to generate a coating that captures more energy from the sun.

The surface of a moth’s eyes are some of the least reflective substances in nature. They are water repellent which decreases reflection also allowing for maximum absorption of light with the minimum being reflected back into the atmosphere.

This, of course, would capture more energy from the sun as the reflected energy is captured also.

The coating is ready for mass production and will be used to increase the efficiency of photovoltaic modules in Tokyo and beyond. The team are hoping it will increase energy absorption by 5%.

They are also exploring the use of this coating for windows and computer screens, reducing their reflectivity. If you’ve ever tried to work outside with an iPad or laptop you’ll understand just how welcome this solution would be.

With plant powered electrical gadgets, pearlescent coatings and anti-reflective screens, we could well find the most efficient workspace is one surrounded by trees.

Laura Green now works for IOTA Planters, a company that develops and sells brilliant and unique planters in Somerset.