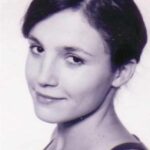 Krysia is a qualified yoga teacher with an extensive teaching…

Savasana seems to be the first Sanskrit name we memorize, and yet the last one we truly master. With every exhale we give, the existential horizon points draw closer and closer. The name stands for Corpse.

Not by a mere chance in terms of their quality and effects all restorative yoga poses originate in this basic, and yet most mysterious pose. Precisely the one that our modern yogic perception seems so prone to diminish and avoid. Have you ever been to a yoga class where Savasana lasted for 5 minutes? Then you sure know what I am talking about. Teachers as well as students equally fall into this trap. Why? Lying down for 20 minutes seems like a profound waste of time, does it not? You’re not stretching, there isn’t a body workout. Nothing.

Yet, contrary to this common presupposition this very asana is the most difficult as it challenges the mind much more than the body. It consists of doing nothing, therefore, nothing gets to be done and this becomes exceedingly worrisome to our modern mind. As a matter of fact, I recall one of my senior teachers in Iyengar yoga, a class devoted to relaxation, asking, So, how do you workaholics feel doing nothing?.” Very much like Matthew Sweeney wrote in one of his books about mystic aspects of Corpse Pose and on Pattabi Jois, I am reminded of seriousness who insists that real practice exceeds profoundly abilities of intermediate yoga practitioners.

So overall, what is so difficult in doing nothing?

Technically the pose itself seems simple: it consists of lying down on your back with your eyes closed for preferably 15-20 minutes as it takes 20 minutes to reach the state of the withdrawal of the senses. Although it can be done with props like blankets, an eye bag etc. the classic version consists of lying flat on your back symmetrically with legs slightly apart and hands away from the trunk and palms facing upward.

The only unchallengeable rule of Savanna is: you cease any motion in order to shift from the mode of doing to the state of being. The only perceivable action that remains is the heartbeat and slow fluctuation of the breath. Whereas the only force that is working is the gravity. Hence when performed properly Savasana induces the sensation of sinking into the earth.

The difference between Savasana and other restorative poses is that the head should be in level with the heart. This rule derives from a physiological premise as well as symbolic. By lifting any part of the body for a longer time we increase the inner flow of prana (life force carried by breath) that resides in the given region of the body, hence influencing the particular Prana Vayu (energetic component) in order to work therapeutically in the area. However, in the Corpse Pose we seek to balance Vayus; specifically, we no longer work within the body to achieve anything, even in the therapeutic manner, but we gaze into the chattering mind itself.

To reach the state of relaxation we do need to withdraw within, which basically means to reverse the senses from the surrounding world and redirect its activity, quite against their nature. However, not to observe, it is rather associated with meditation, but to rest and release. In the yoga tradition, such withdrawal of the senses is called pratyahara. In order to achieve this state, one needs to transgress the mind in its “wasting of time” mode. Obvious as it may seem, it is far from being easy. Perhaps by virtue of what is flickering at the bottom of this state. Such a profound waste of time is only a reflection of what will come, inevitably. It carries a glimpse of death.

From the perspective of western philosophy, particularly from a modern existentialist angle, what differs us from animals is the awareness of death. Or to be precise: animals instinctively and indirectly know about death as a threat and possibility but do not spend their time projecting anxiously what to do to fill up the vast gap between now and the prospect of waiting in the vogue, and yet certain future.

This awareness may either be the source of fear (echoed by the hustle inside our heads uttering Savasana is a waste of time) leading to escape, avoidance; or the existential anxiety which initiates a caring attitude towards all there is in existence and follows the same rule of passing away. The existential anxiety happens only when we face death and embrace the unknown void that loiters behind it in all its unfathomable strangeness instead of either closing our eyes pretending idly it is not there or fleeing into meaningless activities.

Hence, in terms of psychological dimension issuing from such a philosophical premise in Savasana, we encounter our own transience and with every exhale we immerse further into it’s reality. In the philosophical sense, it cannot be a reality whatsoever. Reality is what we encounter in a state of awareness intrinsically connected to living. Given such counter-reality of death is by nature impossible to conceptualize it is indeed beyond any control, beyond reason. The scariest thing here seems to be chaos. Facing it our mind comes across the greatest disarray ever. And the encounter is powerful in terms of its potential consequences.

One Monk once said, “when you encounter a seemingly unsolvable problem in your life, imagine yourself dead.” Why? This is beyond imagination and also demarcates the boundaries of cognition. When you face the greatest fear and chaos you either flee or you let go, the ego ceases to coerce anxious thoughts and you are able to freely approach the problem and come up with the most creative solution.

Now, the conscious yoga teacher may even say more: do not just imagine, but lay down on the mat, close your eyes and face the stillness and your own inner fear that unconsciously rules many of your actions. Immerse into the friendly darkness and just be there, observe.

This is the beauty of a yoga practice: through the most authentic and direct cognition – the body, we approach the most mysterious aspect of life, we face the shadow that lurks behind every exhalation. The winter seems a perfect season for the practice of this particular asana. The world outside has gone silent and still. There is less light and the night takes over.

So, instead of just moaning about the cold and the lack of sunlight, take this beautiful time to withdraw within, restore and take a look at our own transiency with an accepting and transformational gaze, embrace it and embrace everything that exists as it is so fragile.