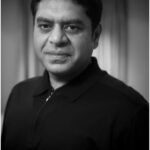 Anurag Lohia is the founder and chief promoter of Divine…

Why going on a yoga retreat can change your life

There has been a lot of talk in the yoga world about William J. Broad’s January New York Times article “How Yoga Can Wreck Your Body.” While the headline was attention-grabbing, the contents of the article were even more incendiary. Broad, who recently released his controversial book The Science of Yoga (of which the Times article is an excerpt), claims that hatha yoga can and indeed often does cause serious injuries and, sometimes, even death.

The teacher can make all the difference

Predictably, the hatha yoga community has not swallowed this pill easily. The last time I checked, this article had over 700 comments that ranged from the amused to the outraged. Many follow-up articles and blog posts have been posted, including on the New York Times’own Room For Debate column. Ashtanga y New York retaliated with an article on its own website titled “How the NYT Can Wreck Yoga.” And now, here I am with another retort.

As the founder of an India-based yoga company (Divine Wellness) and a lifelong yogi myself, I do think that the discussion Broad suggests is a valuable one. Yoga should be a personalized activity, and until one is well practiced, should generally be conducted under the supervision of a trained yoga instructor with plenty of experience of his or her own. Yes, hatha yoga is intended to be a healthy and therapeutic exercise, but it can also be dangerous if practiced “wrong.” Many in the Western hatha yoga world take offense to the concept that hatha yoga can be done “wrong,” but from the point of view of the tradition of yoga — regardless of which lineage or school you follow — there are indeed right and wrong ways to practice hatha yoga, and most of these start with basic physical alignment.

Basic principles of alignment should ensure that students stay safe in poses. But because each body is subtly to grossly different, alignment has variations from yogi to yogi. Thus one finds that not only beginners but even those with years of yogic experience can sometime lose focus of how much their body can take, and end up with an overstretched muscle or, worse, a lower back injury — which seems to be the most common yoga injury across all age groups.

From hamstring injuries to shoulder dislocations, hatha yoga’s propensity to cause injury has been well-documented. But to point fingers at the hatha yoga practice itself is a mistake. It is obviously not yoga that is the culprit, but sloppy practice under inadequate supervision. And according to Dr. Kirit Thacker, who has been teaching yoga for over 30 years, the problem lies with the fact that there are no standards in the yoga industry, “The effects of yoga practices on a person are so dynamic and volatile that any posture which was beneficial one day may be contra-indicated for the same person the next day.”

In fact, there are no laws anywhere in the world that require yoga teachers to have certain certification in order to teach. William J. Broad, in his follow-up interview with Terry Grosson NPR radio, emphasizes that he does believe in the efficacy of yoga — were it to be properly regulated in order to raise the standards of teaching.  After all, most yoga injuries happen when students push themselves too far or neglect to pay attention to pain in the body or other indications that they should back off.

But the question remains: who is supposed to keep you from pushing too much and point out the right way of doing something? Dr. Thacker expounds: “Making a risk-assessment is tantamount to passing judgment, and thus not every hatha yoga instructor is equipped to bring out a balance in the intensity of their students’ practice. Practicing under an accomplished and experienced hatha yoga teacher has thus become even more important than any individual yoga poses or style.” In other words, the most important thing you can do to protect yourself, as a student, is to find a good teacher.

Broad claims that “Hatha Yoga is for people in good physical condition.” I find that a bit alarmist and don’t think it should be taken literally. Yet I believe that there is an underlying truth to be derived from all this: to treat your body in the same safe manner as you would in any other physical activity, and to always seek the counsel of a qualified teacher.

New York Times article – How Yoga Can Wreck Your Body – Is Yoga For Nacissists?