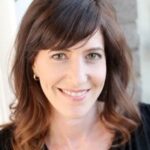 Doris Schwartz is the creator and alter ego behind Yoga…

I was really self conscious and just generally unsure about my first “Om’s.” Initially, the chanting thing was completely foreign to me. I did not really get why all this new-agey stuff needed to be part of my great workout. And more importantly, singing in the shower is one thing, but singing among a group — in public — is a totally different story. And let’s be honest, while I am blessed with a number of divine gifts, a melodic throat chakra is just not one of them. Last, beyond the concept being foreign, the words are foreign. Kind of hard to get into it, when you don’t even know what the heck you’re saying.

We are guided through a set of three”¦.

Oy. Sounds like my neighbor to the left is auditioning for a new music contract. This is LA, you know.

Although it feels strange, I hear the voices start coming together in an affirmation of the group practice, an acknowledgement of the personal journey we are about to go through together.

Despite my cacophonous rumblings, I’m hooked.

After class I buy an armful of CDs”¦Krishna Das, Bhagavan Das, and some other members of the Das family along with a selection of Kaurs, Gurus and Singhs. Soon enough, I get an online subscription to the Kirtan Calendar and start rocking out to the 31 minute remix of “Let the Sunshine Upon You” while driving on the freeway in my Mini.

And the music of yoga goes way beyond Om’s and other mantras. Local yoga instructors, like Vinnie Marino and Steve Ross, are some of the best DJ’s in Los Angeles – and their music selections, whether Marvin Gaye, Zero 7, Led Zeppelin or Nelly, are an integral part of their classes. They help to guide our experience and always seem to hit the mood just right.

If you choose to embrace it, music can help to infuse your practice””and your life””with inspiration. When combined with a yogic state of peace, balance and self love, being tone deaf maybe isn’t so bad after all!