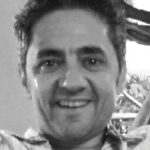 Part three in a Series.

Before learning something new, we should always begin by acknowledging and assimilating what we already know. This is ksema, and according to the legendary yogi T. Krishnamacharya, whether it is a new pose, insight, or behavior, all learning is deepened by review and repetition.

Once more with feeling

Previously, we discussed the fundamental nature of reality according to samkhya, the dualistic philosophy (darsana) linked to Yoga. The first component of this ancient system is purusa, the seer, which is always watching, but remains unchanged by what it sees. Purusa or cit is pure spirit. Cit’s essence is unchanging truth, consciousness and joy. The second component is the material world, prakriti, includes all of nature and the mind. Unlike purusa, prakriti – or matter – is constantly changing.

Matter’s three distinct qualities of change are: rajas, quick, hot, agitated change; tamas, slow, heavy change with great resistance; and sattva, change that is appropriate, graceful, sustainable, and balanced. This sattvic quality is the closest that matter gets to spirit. Therefore, the fundamental aim of Yoga is to make the mind more sattvic.  Whether sattvic, tamasic or rajasic, the fact remains that the mind, being prakriti, is always changing.

In an effort to create stability and control amidst this constant change, the mind forms habits or samskaras. Though initially an effective survival strategy, clinging to old mental patterns eventually causes us to misperceive present-time challenges. Action based on misperception is, according to the Sutras, a primary source of human suffering.

In addition, we saw that according to Yoga, we can – with the support of a qualified teacher – choose appropriate tools and individualized strategies to observe and refine our habits. Consistent practice helps create and maintain a mind that is sattvic, stable and free. Such a mind is capable of achieving any goal: gross or subtle, great or small.

Although many still practice Yoga as a physical exercise regimen, we have seen that traditionally, this subtle spiritual psychology was used to improve life by consciously transforming the human mind. In fact, of the 195 Yoga Sutras, only three are concerned with asana (posture). Five sutras deal with the breath, and the remaining 187 explore the mind, its capabilities, and limitations.

The mind – It is what it does

Sutra 1:5 defines the mind functionally, by its five activities (vrittis). The five vrittis are: perception, misperception, imagination, memory and sleep. This sutra also states that the vrittis can either be klishta (possibly a problem) or aklishta (possibly not a problem). This is a challenging notion for those seeking a black and white philosophy with simple solutions, for yoga is pure relativity, as rich and complex as the person practicing. According to the Sutras, there is no ultimate right or wrong, no absolute good or bad. Life is conditional, and the same mental activity under different conditions can yield painful or pleasurable results. Sometimes the truth hurts, sometimes delusion soothes.

The Sutras also nullify the popular notion that Yoga is about ‘always being in the present.’ While clarifying perception in present time is a positive thing, Yoga teaches that any mental activity, a pleasant memory, a vividly imagined future, or deep sleep, can be appropriate and enjoyable under the right circumstances.

Perception, according to Patanjali, comes either from direct sensory experience, through inference, or from a credible authority. Here again, Yoga stresses the need for a teacher. Although direct perception is the ultimate knowing, we all have areas where we can greatly benefit from an experienced, authoritative reference.

The misperception is defined as taking something to be true until more information proves our perception false. By this definition, not knowing is not misperception, but being thoroughly convinced of something, which later proves to be false, is.

Imagination is when the mind creates an impression based on what one has heard about, but has not perceived directly. Here, the possibilities are endless.

Memory is defined as the part of an experience which is never destroyed. This explains why Yoga claims to replace rather than eliminate samskaras. For better or worse, habits based on memory will always be with us, albeit in a dormant state.

Sleep is the activity of mind most dominated by tamas, the quality of matter, which is heavy, dark and dull.  Although sleep usually feels wonderful, too much sleep or sleeping at the wrong time (while driving, for instance) can be a problem.

The role of mind

To fully understand the mind’s role, however, we must go beyond the vrittis, beyond matter, to purusa, or cit, the seer.  For according to Yoga, it is in service of cit, the seat of consciousness, that the mind’s activities find their real purpose.

In fact, suffering occurs when the mind, forgetting that its true role is to serve cit, begins to act on its own. To illustrate this, I could use the standard Vedic image of purusa or cit as the charioteer and the mind and senses being like runaway horses.

As I feel slightly more connected to the Hollywood sign staring in my office window than to horses and charioteers, I’ll use a slightly more modern, relevant metaphor: We can liken cit, the seer, to the director of a film. The movie is our lives, and this cit, the director, is our consciousness, our deepest self.

The central themes of cit’s film, of our lives, are truth, existence, and joy (sat-cit-ananda).

Because this movie exists in the physical world, however, the director cit hires a cameraman to observe and record specific people, places, and things. The mind or citta is this cameraman. For consciousness, cit can only perceive the world through the mind, through citta. Therefore, the cameraman’s job is to focus his camera on images and events and record the essence of cit’s movie. Unfortunately, the cameraman has a strong tendency to get drunk, ignore cit’s directions, and focus on the things he is familiar with. These might be objects that once brought him pleasure or things he wishes to avoid, objects he fears losing, or that which he wishes to become.

As anyone who’s tried to converse with a drunk knows, what the inebriated cameraman focuses on is anyone’s guess. Without cit or consciousness directing the show, citta’s images are repetitive and chaotic, their meanings distorted and imprecise. Eventually, the confused cameraman, lacking direction and drunk on his own power, denies the very existence of cit. Believing himself to be the director of the film, the mind begins to control the behavior of the individual. Here’s an example:

If I follow through on my conscious decision to do a thirty-minute morning practice of breathing, sound, and movement, I will undoubtedly feel lighter and brighter all day. Before I can get to the mat, however, the activities (vrittis) of my drunken cameraman mind kick in, focusing on a multitude of distractions and alternatives. There is a clear olfactory perception of my neighbor’s pancakes cooking: Mmmmm.

Misperception informs me that perhaps a double latté will have the same effect as a yoga practice. My memory reminds me of all the great music and pretty pictures waiting to be enjoyed on my computer. Thanks to my vivid imagination, I can clearly see myself buying a new car that runs on corn oil…. right now.

Consciousness, the director, is calling for a beautiful life-promoting practice, but the activities of the mind, the drunken cameraman, are winning out. Ultimately, I go back to sleep. Cit has left the building.

Because consciousness can only observe the world through a mind colored by memory and conditioning, even our best intentions are often subverted. When the mind – the obsessive, drunken cameraman, not consciousness – makes the choices, our sweet lifetime story can become a feel-bad comedy of errors in which the drama goes on too long, and the ending comes too soon.

Thankfully, Yoga offers a solution. By choosing a teacher who is conscious in areas we are not, by following their direction, and practicing on a regular basis (despite the pancakes), we can create a life in which all the mind’s activities – perception, imagination, memories and even sleep – are linked to our deepest consciousness, our cit, and truly serve our core values. Only then can our lives unfold as beautiful epic adventures starring truth, love and joy.