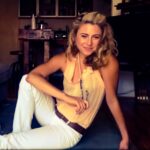 – self-induced memory loss and how to fix it

I’ve always had a weirdly good memory for facts. You know these people. And you might have a well-founded distaste for them. And I wouldn’t blame you.

These memory mavens can be identified by their gladiatorial approach to knowledge consumption, suspiciously lofty college-GPA, and the tightly held assumption that the entire population is as jazzed about trivia night as them. Despite my sometimes embraced, often irritating role as a human fact-checker, it used to bother me that I had a pretty crappy memory for, well, memories.

Why could I easily name every crack and crevice of the brain, recall text I read years ago, and draw upon rote-memorized content like I was pulling a file out of a brilliantly organized cabinet, but when it came to eliciting details from a past birthday or vacation my brain seemed to face plant?

Similar to the hypochondriasis that plagues first-year medical students, my neuroscience background provided me with plenty of colorful explanations. Running the gamut from brain tumor to early Alzheimer’s to “well, maybe I was just dropped on my head as a baby,” my poor memory for memories was at best problematic and at worst treacherous.

But as I grew older, more mindful, and more comfortable owning my shortcomings, I began to appreciate that my deficit was not rooted in physiology, biology, or unintended child abuse. Instead, I was victim to a widespread phenomenon of over-planning, improvement-orientation, in-the-moment-fidgeting, and anti-presence.

Essentially, my inability to be fully present had created a sort of self-induced memory loss.

If you don’t appreciate moments long enough, deep enough, or intimately enough, you’re not leaving room for proper memory formation. While you may recognize a meal as divine, a ray of sun as delicious, or a starry sky as ethereal, your brain goes straight to, “How can this be better? How can this last longer? Who should I be sharing this with? What can I do to ensure this experience more often?” Sound familiar? If it does, you’re in good company.

As usual, I have to back myself up with a bit of nerdiness. There are two types of memory: explicit (conscious, like events and facts) and implicit (unconscious, like muscle memory). Within the domain of vivid memory, recall can be episodic, like what did you ate for breakfast, or semantic, as the Sanskrit name for that bird-like yoga pose. So from the perspective of cognitive science, my semantic memory was stellar, while my episodic memory had historically suffered epic fails.

My sister inspired this realization. She is the first to admit that memorizing facts – or semantic memory – is not her happy place. However, I’ve always been amazed (and secretly jealous) by her ability to recall the layout of old homes, seating arrangement at Christmas dinner circa 1999, orders at past dinners, and minutia of family trips long-forgotten by everyone but her. Why does she have this capability? Because, whether I appreciate it or not, she lives according to YOLO philosophy. She always seems pretty darn happy with where she is and, as a result, tends to remember where she has been.

So, what can we naturally NOLO folks do to improve our situation?

If this resonates with you, don’t be disheartened. Planning, thinking of the future, and improving your situation are characteristics that likely make you a very successful human being. Be proud of the moments when this mindset gives you the edge over your peers. The key is recognizing when these tendencies serve you (you have a desirable savings account and are always prepared for the big meeting) and when they don’t (that time when everyone at the picnic or concert was living in the moment – except you).

Understand that your plight is reversible:

Luckily, anti-presence is a learned, go-to cognitive tendency that can be changed with practice. Admitting you’re falling short is most of the battle – let neuroplasticity handle the rest. After that, you can train your brain to live in the present and, once you do, you should reclaim your episodic memory potential.

Make meditation, yoga, and quiet time a priority. It’s easier to take note of the present moment when you’re alone, free from the burden of impressing others, able to allocate all of your attention to the task at hand, and not distracted by excessive stimulation. Once you feel comfortable with a present mind in calm spaces, you can take those practices into more challenging environments.

Cognitive scientists have identified several methods to improve episodic memory formation. For more vivid and integrated memories, recognize as many sensory components as you can. Take time to note that this spring day smells like cherry blossoms, tastes like grilled vegetables, sounds like Ray LaMontagne’s new album, feels like a breezy cotton dress, and looks like a neon-green explosion of budding leaves.

For stronger memories, try to foster as many mental connections as possible. If you’re touring an art gallery, become aware that a painting looks like a typical town, the cheap wine is from a region you visited, and the gallery coordinator bears a striking resemblance to your ex-boyfriend. For happier memories, activate your brain’s reward pathways by cognizing subtle blessings. Actively appreciate happiness everywhere, goodness in everyone, and gratitude for the earthworms.

But most important: Be gentle and patient with yourself, young grasshopper.

Give yourself time and be content with your situation now.

The opportunity to be present will come – again and again.