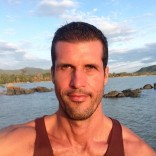 A key aspect of empathy is our ability to read people’s eyes. In a study published in Social Cognitive Neuroscience, researchers from Emory University have found that participants who took part in a compassion-based meditation program were better able to read the facial expressions of others.

The study tracked non-meditators through an eight-week cognitive-based compassion training program (CBCT), a secular form of meditation drawn from the Tibetan Buddhist tradition of lojong. In this program, participants cultivate attention and insight, practices common to most meditation programs, as well as developing empathy and compassion.

To test their ability to empathize, study participants were administered the Reading the Mind in the Eyes Test (RMET). Given black-and-white photos that show the eye region of various people, participants have to answer what feeling or thought the expression represents.

Results were significant with eight of 13 improving their scores on the RMET by an average of 4.6 percent whereas the majority of the control group actually had a decrease in correct answers.

While working on the test, participants’ brain activity was measured through functional magnetic resonance imaging (fMRI). Test results found that areas of the brain connected to empathy showed significant increases in neural activity.

By increasing activity in parts of the brain important to empathy, researchers are hopeful that we can improve our ability to recognize emotions in others, particularly relevant to those suffering from severe depression or high-functioning autism, but something everyone can benefit from.

look at this program by MindValley: bit.ly/YOGIMeditation and the Mindfulness Based Stressed Reduction online course by Sounds True: – The YOGI TIMES team

Solace – self deprivation tanks in Bali

how to deal with uncertainty

how yoga can help with mental health