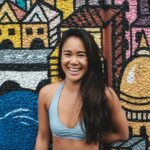 all about cedarwood oil

letting go of the taboo of making money in yoga

I know I’m not the only teacher who has the same kind of thoughts. This idea of money and yoga has been playing on my mind because I haven’t been paid for a class I taught two months ago, having sent several very gently worded emails and a text, and still no reply. I felt awkward about asking for the money, but why should I?

I’m delivering a service, just like any other job. If I was working in my capacity as a lawyer I wouldn’t have these doubts. I would simply send the invoice and chase it up with no qualms if my client hadn’t paid.

I should approach my yoga career in the same way. I’ve invested a lot of time and money in myself as a teacher by going on my yoga teacher training and taking other CPD (Continuing Professional Development) workshops since then. I’ve spent energy planning and delivering my classes and therefore, I’ve earned this money.

Money shouldn’t be such a taboo thing to talk about in the industry; you wouldn’t expect a personal trainer to give away classes for free, and the same also applies to yoga teachers. The same goes for asking for raises; when you’re self-employed there aren’t the same ladders of progression and promotion as in other jobs. But if you’ve invested in an advanced 300hr yoga teacher training, it should be okay to ask for a raise to reflect your further qualifications. Alternatively, if you’ve been teaching for a really long time, the experience should also add value to your income.

Yes, there is a more spiritual element to yoga, in terms of giving to the community and supporting others. I ensure that I commit to at least one charity class a month, but I still need to put food on the table, pay my rent and live comfortably.

As a new yoga teacher, I’m constantly covering classes, sometimes for teachers I do not know, which requires a lot of trust. For one yoga teacher to not pay another or for a studio to not pay out is not acceptable. No teacher should be taken advantage of. Making a living from yoga is challenging at the start of your career and other teachers should have the compassion to understand this. We need all the support we can get from the community.

“Make yourself a priority, its not selfish, it’s necessary.”– K Baquiran.

Read next >> rhythms of the body