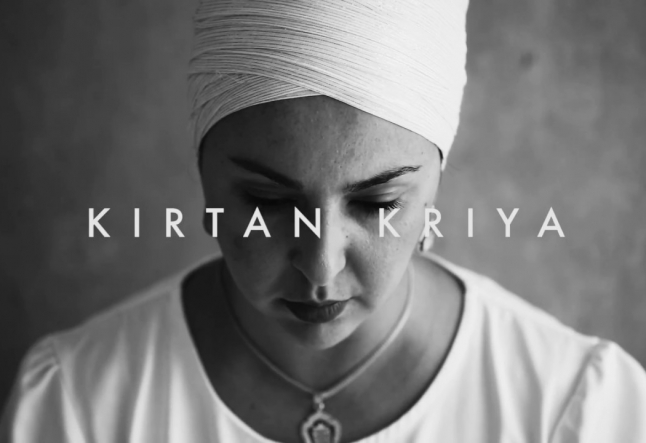 As yoga and meditation come of age in the West, a body of medical research into their physiological, cognitive and emotional effects is now emerging.There’s never been a better time to be a yogi, as research now suggests that specific types of yoga may help “age-proof” the brain.

The brain is flesh and blood, just like the rest of the body, and oxygen, blood and energy all help decide the condition of the brain and keep it in optimal health. Equally impressive, the Kirtan Kriya also helped improve the function of neurotransmitters (chemical messengers of the brain that communicate with the body).

“Equally significant, the changes in the scans from before to after are consistent with better judgment, improved psychological health and enhanced spiritual activity,” Dr. Khalsa adds.

The Kirtan Kriya meditation exercise also decreases activity in the brain’s left parietal lobe, a finding consistent with having a spiritual experience.

The Kirtan Kriya is a meditation in the Kundalini Yoga tradition as taught by the late Yogi Bhajan, a Sikh who brought his teachings to the United States in the late 1960s. The Kirtan Kriya meditation involves repetitive finger movements – or mudras – plus silent and vocal chanting of the mantra Sa Ta Na Ma. These ancient primal sounds from Sanskrit translates as “infinity, life, death/completion, rebirth.”

As you may already know, kirtan is a song. As Dr. Khalsa explains, “Kriya refers to a physical, mental, or emotional movement initiated by the awakened kundalini or life force. In the yogic tradition, kriyas are believed to purify the body and nervous system, thus allowing a seeker to experience higher states of consciousness.”

The study hypothesized that Kirtan Kriya would show activation of the brain’s frontal lobe and hippocampus while providing a spiritual experience. Eleven subjects (experienced meditators) were brought in to test the hypothesis. They first sat quietly and had a baseline for control SPECT scan study of their brain. The subjects then practiced the Kirtan Kriya (Sa Ta Na Ma primal sound meditation) for 12 minutes. After completion, they each had another SPECT scan taken of their brains.

A SPECT scan of the same brain after performing the Kirtan Kriya shows that the dimples have disappeared showing an increase in blood flow. The back of the brain appears fuller and more symmetrical. The thalamus is now visible in the center of the brain. This is especially significant for postmodern yogis and yoginis who seek mind/body balance. Why? Because the thalamus controls appetite and sleep cycles and sets the emotional tone of the mind and promotes emotional bonding with the self and others.

How to do the Kirtan Kriya for 12 minutes

Sit tall with your eyes closed. Focus on the area between brows.Repeat “Sa Ta Na Ma”:

3 minutes - silently to yourself.

The Kirtan Kriya is so fun and easy that anyone from pre-schoolers to Alzheimer patients can learn the process in a matter of seconds. It’s a great stress-relieving tool for people to do while stuck in their cars during traffic jams or silently while waiting in line at the bank.

In his clinical experience, Dr. Khalsa has observed that “stroke patients with both sensory and expressive aphasia (partial or total loss of the ability to articulate ideas in any form) who practice the Kirtan Kriya exhibit improved mental function.”

It’s also worth noting that several studies have found decreased blood flow (hypoperfusion) in the posterior cingulate gyrus of the brain, the area responsible for spatial memory and locational orientation, to be the first indicator of Alzheimer’s disease. The SPECT scans vividly illustrate that the Kirtan Kriya literally lights up this area of the brain with energy, blood and oxygen.

Incorporate this into your day, practice on the quite when you need to calm and relax the mind and reap the benefits!