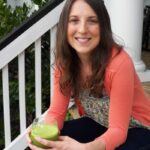 Jessi Andricks, founder of the House of Healthy, can help…

how yoga works with any religion

Is yoga a religion?

What Religion is Yoga?

When yoga emerged 5000 years ago, it was linked to the Vedas, which are part of the roots of Hinduism. They share a language, and some of the popular chants in a Yoga class refer to the Hindu gods, but yoga in and of itself is most certainly not a religion. The language is Sanskrit, the same way Catholicism uses Latin and Judaism uses Hebrew.

Yoga was formed as a way to sit for hours, days, months, or even longer in a meditative state. As a result, eventually, the yogi would reach enlightenment. But this enlightenment didn’t turn the yogi into a god, or even mean that they worship a god.

Enlightenment simply meant they reached a state of pure bliss and peace, and recognized the inner light of the divine within them.

There is no religion– just a reflection of the spirit in whatever form or god you recognize it to be. And the knowledge that this peace– this piece of the divine– resides within you and within all beings.

So yoga is not a religion. It is not my religion. But it is my spiritual practice.

Read next >> thoughts on satya

5 essential life skills that you can train with yoga