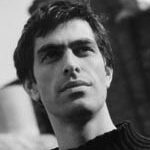 Hermas Lassalle is a life coach. Please email him with…

give love. give joy. give peace. give thanks. give freely.

Giving is the source of life. The natural law of energy states that when you give, you receive. Space is vacated in the giving so it can be filled in the receiving, keeping the energetic flow of the universe alive. Without giving we become stale, our knowledge becomes stagnant and our ability to perform from our wisdom wanes.

Giving of yourself, or sharing your true inner spirit, allows it to expand and grow. This is different from the giving of material possessions, which can also be beneficial, but rather the sharing of your true nature empowers the world we experience with flow””a flow of powerful dynamic energy. Knowledge grows through sharing, allowing the knowledge of our communities to grow, in turn raising the levels of collective consciousness on the planet.

Every one of us has a wealth of experience that we can give from, whether we give to others or simply back to ourselves. How often do you notice that you give good advice to others, but that you may also benefit from that same advice? Take a moment to listen to yourself as you give of your experience and notice how much relates to yourself. Put this wonderful advice to practice and then you can be the example that you wish to be for all those around you.

These experiences that we have within us can be the most beautiful gifts when shared. Sharing of our being allows others to realize their own being or to awaken within them that which they may not have noticed.

Giving freely, without judgment or expectation, greatly increases the power of giving. If we give expecting thanks or appreciation, we open ourselves up to disappointment and any gift we may have received gets lost in the emotion of not getting something back. We get lost in the expectation rather than feeling the subtle gift of sharing from your true nature.

When we pause to observe the world we live in, we notice all the taking and holding that goes on. We are constantly taking from this planet and from each other as we grow our egos, whose desire for more is insatiable. Constantly taking or claiming as ours is depleting our planet of its natural balance and resources. Our delicate ecosystem needs to receive””instead of constantly giving””as well. When did you give back lately? Have you questioned or considered the source of all this taking? How about some giving? At least give back what you have taken.

In India it is considered an honor and a privilege to give, as giving raises the karmic energy of the planet. It is also considered one of the paths to enlightenment. We are not rewarded in life by withholding ourselves of our knowledge, as this story below from one of India’s most well known rulers, Ashoka, demonstrates.

After the brutal battle of Kalinga, the emperor ”¨Ashoka was so overcome with remorse that he renounced bloodshed and”¨ embraced Buddhism. As part of his penance, Ashoka went to monasteries ”¨across the country. At each monastery, he would leave generous ”¨donations of gold coins. At one monastery, the emperor left behind only one ”¨solitary gold coin. When his perplexed followers asked him to explain, Ashoka said that the abbot of the monastery was a great man but he did ”¨not share his knowledge with others.

True charity is not simply writing a check, but rather is giving of oneself to another. Someone giving of him or herself can relieve the notion that we can be poverty-stricken from within, whether it’s love, compassion or knowledge. When the giving is empty, momentary satisfaction is received but the feeling does not remain. A little bit of true love from your soul goes a long way. In fact, it never goes away.

We all individually have a tremendous impact on the planet we live on through our families and communities; the giving that we contribute at that level affects the world we live in. As you shine in expressing your true nature, you send the message to the planet to do the same.

You can contact life coach Hermas Lassalle to explore this or other topics at 310.451.3646 or hermas@lassallecoaching.com.