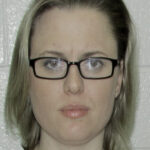 I am a major green philanthropist. When I am not…

Perfect in Your Own Imperfection

Cities use between 60 and 80 percent of the world’s annual energy needs, informs the Anatomy of a Smart City infographic by Postscapes.com. In response to urban areas subject to poor energy efficiency and a massive carbon footprint, smart cities develop and green cities grow. A smart city is dedicated to sustainable economic growth and operates efficiently by relying on the proper tools, such as senors and mobile-based applications.

Similarly, a green city commits to environmentalism with excellent green practices related to transportation, recycling, land use and air quality. With 1.3 million people currently moving to cities every week, these metros feel the pressure to adopt high sustainability standards. If you’re urban-bound and embarking on a green-inspired lifestyle, the following five cities support eco-friendly ways of life and green career paths.

Portland is awarded as America’s No. 1 greenest city, winning accolades for its 288 parks and well-known tree canopy that shades one fourth of the city. Travel+Leisure also highlights Portland’s green-renovated Heathman hotel that has earned the Green Seal Silver Certification, Energy Trust of Oregon recognition and a partnership with the Pacific Power’s renewable energy program. It’s also applauded for its mass transit, cycling culture and DIY spirit of eclectic locals. If you share Portland’s eco-passion, search for job opportunities at eco-friendly companies. Check out Oregon Business’s 100 Best Green Companies to Work For in Oregon. The companies Portland’s Research Into Action, Gerding Edlen, Rose City Mortgage and DoubleTree by Hilton Portland top the list.

Get involved: Portland Farmers Market has established eight markets since 1992. They host regular events like kids cooking classes, homesteading fairs, pumpkin carving contests and seasonal events – the markets are open as of March 15.

Earning a prevailing reputation for sustainable dining, San Francisco secures its spot as one of the top 10 greenest cities in America. The Bay Area is revered for its local, organic eateries and goal of zero waste (sending zero discards to landfills or high-temp destruction) by 2020. The city also runs a mass transit system and composts 600 tons of scraps per day. Forbes also recognizes San Fran for having the largest number of open positions for green jobs, especially in areas of clean technology, energy efficiency and energy storage. If you’re experienced in environmental compliance or sustainable supple chain, San Francisco is the place to be.

Get involved: The 4th San Francisco Green Film Festival will be held May 29 – June 4, 2014. The event features films about solving sustainability issues from around the globe. Attend the festival or get social by posting #sfgreenlife with an Instagram post about how you’re going green.

Vancouver wants to become the greenest city in the world, states Vancouver.ca, by implementing the Greenest City 2020 Action plan. The eco-focused plan targets goals in the areas of carbon, waste and ecosystems. Supporting this initiative, the city recently won the Federation of Community Municipalities Sustainable Communities award for transportation and its electric vehicle program. Vancouver also recently proposed an energy recovery centre and won the best Green Building Policy for the Greenest City Action Plan by the World Green Building Council. Americans curious about the Canadian way of life can learn more about moving to Vancouver by visiting Moving2Canada.com and start to establish roots by job searching online. Imagine experiencing life in the future greenest city in the world.

What you may not already know about Houston is that it’s the largest municipal buyer of renewable energy in the country, according to Hometown Dumpster Rental of Houston. Other eco-enthusiastic fun facts include:

• 6 million square feet of commercial space has been retrofitted with green upgrades.

• Houston ranks seventh for the most Energy Star-certified buildings in the U.S. (as of 2012).

In fall of 2013, Houston also had 3,830 green jobs, notes Forbes. A number of oil, gas and energy corporations are in Texas, which opens up positions for environmental scientist, engineering and analyst roles.

Get involved: Discovery Green is all about getting involved as the non-profit hosts over 600 events a year in the name of sustainability. Events go year round and range from Blissful Warrior Yoga to the Chipotle Green Film Series.

Denver embraces nature and receives high marks for its highly athletic, outdoorsy culture. Denver locals reduce fuel consumption by using the city’s bike-sharing B-Cycle program to boost its economical and sustainable initiatives. The Mile High City also identifies itself as a leading environmental metropolis because of an abundance of hybrid taxis, 200 city parks and green attractions — the National Center for Atmospheric Research, the National Renewable Energy Laboratory and the Denver Museum of Nature & Science. Research environmentally responsible jobs in agriculture, ecology, geology, wildlife and more by checking out the Green Jobs Network for Denver job seekers.