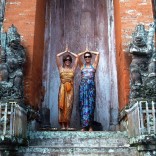 Do crystals really work? There is much debate regarding this question, as scientists say there is no hard proof to show that they do. However, every ancient civilization has utilized crystals in a vast variety of ways””from healing to offerings to protective talismans. And Quartz Crystal has been on this Earth since the beginning of time.

Quartz Crystal is used in just about every type of modern technology””electronics, time keeping, information storage, and laser devices, just to name a few. Crystal technology is beginning to help transform information and knowledge in new ways. If crystals have the ability to transform the energy of how we communicate through computer chips, then why are we questioning their ability to transform energy in other ways? Can our intention of thought work with a crystal to transform our lives on a subtle vibrational level?

A famous scientist from IBM, Marcel Vogel, spent a large part of his life researching the mystery of crystals and the question do crystals really work. While watching crystals grow under a microscope, he noticed that the solidified crystal seemed to take the shape of whatever he was thinking about at the time. This transformation of thought into reality was later videotaped again in his laboratory. This was one of the first pieces of scientific evidence to show the meta-physical power of the mind manifesting itself into a physical form. Another example of this is Dr. Emoto”™s research on how thoughts affect the energy of water. The human body consists of 70-80% silicon dioxide and water. Quartz Crystal is also a combination of silicon dioxide and water; both Quartz Crystal and water have a similar hexagonal geometry. Vogel hypothesized that there is a constant assembling and disassembling of bonds between molecules in these solids, which causes them to vibrate. He did many other tests to establish that Quartz Crystal can in fact store thoughts, very similar to the way in which magnetic media, like tapes, are used to record sound. The vibrations inside the crystals mobilize the mental energy within it.

Albert Einstein said that everything in life is vibration. Sound is a vibration, and so are your thoughts. Everything that manifests in your life is there because it matches the vibration of your thoughts.

When I am asked, do crystals really work?  I say, “They do for me. “ They make me happy when I look at them. I place them all over my home to remind me that the beauty of Mother Nature surrounds me and to always be grateful. Crystals help me stay grounded when I hold them in my hands and breathe. I love wearing jewelry made with the energy of the Earth as a tool to reconnect to myself to its energy and it”™s not a placebo effect. It IS a feeling””a feeling that feels good.

Using the healing power of crystals as a tool for empowerment, balance and enlightenment is a personal art form. The universe is vast and is imbued with spirit and energy, not yet completely understood by the human mind. If you believe and feel that crystals will help you on an energetic and vibrational level, they most certainly will. But if the vibration of your thoughts is saying, “No, it won”™t work since science has not proven it,” then you are correct; they probably won”™t work for you. If the thoughts in our mind create our reality, and Quartz Crystal has the ability to amplify and magnify those thoughts, then always be conscious that your thoughts are in the place you aspire to be in.

At every moment, we have the ability to choose our own thoughts. If we learn how to train our mind through meditation, breath, movement and the endless other techniques available to us today, we can overcome the endless chatter of the mind. My personal journey with the energy of the Earth has been one of patience. Working with the healing power of crystals takes time. I often think that is in fact the main message of the gemstones.

"to see, or not to see, that is the question"

It”™s a slow process””one that requires an awareness of oneself. The journey within takes time and each day is different. Each one of us is here on this Earth to learn, grow and evolve. We are very similar to science in many ways””not everything has been discovered about ourselves. There are many things that still remain a mystery, waiting to be unearthed.