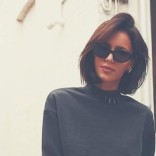 Victoria is a lifestyle writer with expertise in scribbling a…

all you need is love. but a little chocolate now and then doesn’t hurt.

Everyone loves eating chocolate, there’s no denying that. Sure, there are people who supposedly don’t like sweets and candy but even they can’t resist an occasional bite.

When it comes to maintaining a healthy diet most of the things on the menu aren’t there for the taste. Quite often we find ourselves craving the familiar old taste of something we loved.

So, when I found out that eating chocolate comes with tons of nutritional benefits life just got a little bit better. Dark chocolate (coincidently considered a superfood) is healthy because of the ingredients it contains. There are many benefits of dark chocolate and I can assure you, they are quite real.

why is dark chocolate so nutritious?

We’ve already established that in order for a dark chocolate to be considered healthy it needs to have high-quality chocolate ingredients. A healthy dark chocolate contains sufficient amounts of soluble fiber and tons of minerals.


Healthy dark chocolate, made out of 70-85% cocoa, contains fiber, iron, magnesium, copper, manganese, potassium, phosphorus, zinc, and selenium. Dark chocolate also contains calories and some sugar. That is why it should be consumed in smaller amounts.

Fats which exist in dark chocolate are saturated and monounsaturated with traces of polyunsaturates. Dark chocolate contains caffeine and theobromine but in much smaller amounts compared to coffee.

Flavanols, one of the dark chocolate ingredients, have a positive effect on heart health according to the Cleveland Clinic. It can help lower blood pressure and increase blood flow to the heart and brain. Flavanols prevent blood platelets clotting, resulting in reduced risk of blood clots and stroke.

This doesn’t mean that you are allowed to eat tons of dark chocolate on a regular basis but it does show that over time a moderate intake of healthy dark chocolate has a beneficial effect on your heart condition.

One of the most important health benefits of dark chocolate is its ability to fight free radicals. Free radicals exist as unbalanced compounds which are the result of cellular processes happening in the body that help against the environmental toxins we get exposed to. Supposedly antioxidants help neutralize free radicals and their negative effect on the body.

There are two groups of antioxidants in dark chocolate: flavonoids and polyphenols. Cocoa found in dark chocolate has an extremely high level of both, higher than wine and tea. That is why you should look for high percentages of cacao in your dark chocolate. Make sure you always use this kind of dark chocolate or raw cocoa powder as an ingredient in some of your favorite healthy recipes.

Dark chocolate is known for its ability to boost memory and focus. Research shows that “acute as well as chronic ingestion of flavanol-rich cocoa is associated with increased blood flow to cerebral gray matter and it has been suggested that cocoa flavanols might be beneficial in conditions with reduced cerebral blood flow, including dementia and stroke.” The results showed that after consuming flavonoid-rich foods there was an improvement in several cognitive abilities and that the results were dose influenced.

One of the most impressive dark chocolate facts is that it’s considered a superfood. In a study performed by Hershey Co which was published in the Chemistry Central Journal, dark chocolate was compared to superfruits like acai, cranberry, blueberry, and pomegranate. All dark chocolate products which were tested in the study contained natural or non-alkalized cocoa. Alkalinization of cocoa was proven to eradicate healthy polyphenolic compounds.

So, whenever you feel cravings for something sweet go for a piece of delicious but healthy dark chocolate. Not only will you satisfy your sweet tooth but knowing all this you’ll feel good about it too.