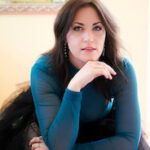 As the Self-Love Aficionado, Heather really loves herself. And, she…

how craigslist played a vital role in many of my relationships

I have been recently thinking about the relationships in my life – especially the ones that I have accumulated throughout the last few years living in Los Angeles. I realized that I can relate nearly every friendship I have made in Los Angeles back to Craigslist. Perhaps a few are more like the seven degrees to Kevin Bacon game, but still, there is a root factor that root is Craigslist. When did Craigslist become a “friend” version of a site like Match.com and are other people having similiar experiences?

Five years ago, I met my best friend Murisa on a film set. I happened to have gotten the job as the make-up artist on this set by responding to a Craigslist ad. Murisa and I went on to be roommates for nearly two and half years, I am her Maid of Honor in her wedding this summer, and she’ll be the Godmother to my future children. When I accept an Oscar one day, rather than thanking Murisa for being the Tina Fey to my Amy Poehler, should I just thank Craigslist instead?

The last two full time jobs I have had have come from Craigslist. One quite directly, as in there was an ad and I replied to it. The “Bicoastal Betty” who hired me at a yoga company in 2010 went on to hire me at another job two years later, and at one point we were roommates at a placed now referred to as The Magic House. Point being, these were not random internet encounters – relationships formed and karma played out from me simply responding to “gigs”.

It pretty interesting (and hilarious) to think of how things have worked out. If I had never responded to that ad four years ago in need of a person to run a small yoga company, what would my current state of life/bliss/agony be like? Would I be in my current job? Would I be as eco-conscious without being exposed to the yoga community? Would I even be participating in a yoga practice at all? Not to mention the many ways that my practice has enhanced my life.

Many Eastern philosophies say that you will meet who you are supposed to meet, however, the aspect of timing plays its part. I suppose if I never responded to the yoga “gig”, I would have just met the 30+ people (a handful of them I speak with daily) who have directly affected my life elsewhere.  It is so amusing to analyze all the ways that karma plays itself out and in this case, Craigslist has been one of the prominent liaisons on my path.