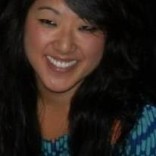 Abby Terlecki sees herself as one of those creative writer-types…

digestive enzymes: did you know?

music to get you motivated

Mustering up the motivation and energy to get to the gym or hit the running trail can be a daily struggle. And if we forget our iPod or if our smartphone isn’t charged? Forget it. A workout—particularly “self-paced exercise”—is doomed without music, and here’s why.

Music Makes Us Want to Move

The body naturally wants to move to music and instinctively synchronizes movements to the tempo of a song or cadence of the lyrics. Psychologists call how strongly a song moves you to move “rhythm response.” The rhythm of music connects with the brain and then signals our body to move, from head bopping and foot tapping. Coordinating movement with rhythmic beats also helps the body maintain a steady pace and exert energy efficiently. Fast songs with strong beats are especially stimulating, Scientific American reports, which is why hip-hop, rock and pop typically create a bumpin’ workout playlist.

Costas Karageorghis, professor at London’s Brunel University School of Sport and Education, told AceFitness.org that music is like “a legal drug for athletes.” Jamming to your workout playlist while running one mile after another can reduce your sense of effort and boost endurance by 15 percent, the site reports. Because your body responds to a certain type of music in a similar way, your body will want to mimic the energy level of a song. For example, a song with a fast beat drives a higher exercise intensity, and a high level of musical arousal reduces stressful feelings.

Music also encourages people to continue exercising, especially once pain or discomfort hits. After a certain duration of exercise, physical fatigue sets in and the body signals a desire to take a break. Music serves as a distraction from this physiological exhaustion. That timeless Britney hit or hot Kanye jam helps relieve negative feelings like tiredness or boredom commonly associated with exercising.

If music can’t distract the mind from pain and exhaustion during a high-intensity workout, it can at least improve how the mind and body respond to fatigue, adds Karageorghis. A song can make an emotional connection and influence us to not give up.

In addition, music and working out both promote self-awareness. Good tunes and a sweaty workout session help provide an escape from the present, away from negativity. The positive effects of music help you power through a workout, and as endorphins are released, you’re left with a feel-good post-workout high.

If your workout playlist is a bit dusty, check out Billboard and Spotify’s ultimate workout playlist. Billboard asked Spotify and the music intelligence company Echo Nest to poll their 24 million users to curate the most popular songs for exercising. Interestingly, rap is the top fitness workout music genre (44 percent) with Eminem’s “‘Till I Collapse” as the number one song.

Read next >> a conversation with clairaudient healer, david elliott