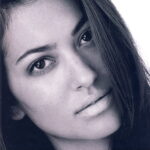 Model turned certified Holisitc Health Coach from the Institute of…

Chris is a holistic health educator with an electronic engineering background who has a passion for raw food nutrition and awakening consciousness. His passion for food got him to pursue a Masters Degree in Live Food Nutrition at the Tree of Life Rejuvenation Centre.

Chris is also a co-creator of Pure Joy Academy in Bali together with Elaina Love and together they hold teachings, workshops and retreats dedicated to helping people integrate raw living food into their daily diet.

Yogi Times: How did you get into raw food and holistic nutrition?

Chris Whitcoe: There were a couple of things that got me into it, but it all started when my mother died of cancer and I was absorbed in whole the medical thing. I just didn’t think it was a workable system and at that time I was a software engineer in corporate America and I was successful BUT not happy. I felt like there was something more to life and I was missing it. Secondly, I have a birth defect, so my spine is malformed and I’ve always had back pain and yoga was an attempt for me to try to ease the pain.

YT: Do you think yoga and holistic nutrition go hand in hand?

Chris Whitcoe: Of course! The yogic path includes food and food is an important part of it. And Yoga is so much more than asana. Yoga is about life, yoga is movement and breath and food is the foundation.

YT: Do you have a role model or a great teacher who you look up to? And why?

Chris Whitcoe: I actually have two. One is Dr. Gabriel Cousens. To me, he has the best understanding of the connection between nutrition and health. The other person is David Wolfe. He’s my role model in terms of his ability to spread the message. He’s very passionate and charismatic and he’s speaking style is fantastic.

YT: Are you fully raw yourself?

YT: Do you think if people had access and the choice they would choose organic local foods?

Chris Whitcoe: No, not everyone chooses health and I believe that’s because they aren’t educated enough. Some people wouldn’t even choose it even if they knew it was good for them. But people are people so my philosophy has changed a bit during the years.

YT: Who’s the most inspiring person to you?

Chris Whitcoe: I think as we go through life and have different interests, we get inspired by different people. Almost every decision I’ve made came from an inspiration from someone else. So, I don’t think there’s any one person, I think every single thing I’ve done, I have been inspired by some person in some way to go in that direction.

YT: What has been your biggest dream?

Chris Whitcoe: My first biggest dream was to create a superfood company which I’ve done, called Viva Pura. Then I sold my shares so I could create a raw food chef academy which was another dream of mine, Pure Joy Academy together with Elaina Love whoI met at Raw Spirit Fest in California years and years ago.

YT: What motivates you?

Chris Whitcoe: What motivates me the most are my three kids. They’re the reason to do a lot of fun stuff. The other thing that really motivates me is that I’m that kind of person who wants to experience a lot in life at every moment, so every opportunity I get I savor every moment.

YT: How do you try to make the world a better place?

Chris Whitcoe: I think the best way to make the world a better place is to help other people choose better options. As you asked earlier, if people knew, would they choose organic, local or do yoga? If they knew, they would!

YT: Any last words of wisdom for our Yogi Time readers that you want to leave them with?

Chris Whitcoe: As a yoga practitioner, movement in breath is essential. Having a belief system that incorporates enlightenment thought practices is important, and also keeping the temple of the body clean. These are the three essential aspects of being whole and holy.