a review of the film

AWAKE: The Life of Yogananda is an uplifting film that will inspire you to take a deeper look into yourself and to rediscover the light within. Paramahansa Yogananda (1893–1952) is considered one of the most divinely connected beings to have walked on earth and is now a beloved Ascended Master.  He is the author of the best-selling classic, ‘Autobiography of a Yogi.’ The story of Yogananda’s life inspired millions around the world and was the only book Steve Jobs had on his Ipad. Yogananda was the founder of the Self Realization Fellowship.

AWAKE is the story of Yoganada, the Hindu Swami who brought yoga and meditation to the West in the 1920s. Yogananda is brought to life through this film in a way that opens your heart and reminds you of who you really are. Yogananda had a direct connection to God, which many on the spiritual path are seeking. This film honors the life of a self-realized being, who inspired the God in all to Awaken to the truth of the Divine within.

This powerful film invokes compassion for Yogananda’s mission to the west during the 1920’s and how challenging it must have been for him to leave his beloved India to teach spirituality in the materialistically-driven west. Through trials and tribulations Yogananda did not falter in his love for the Divine and his purpose to awaken the children of God to their Divinity. AWAKE brings us the extraordinary journey of Swami Paramahansa Yogananda’s life in an inspiring and mesmerizing way.

“You must not let your life run in the ordinary way; do something that nobody else has done, something that will dazzle the world. Show that God’s creative principle works in you.”  ― Paramahansa Yogananda

Yogananda teaches us the power of presence, simplicity, service and unconditional love. It teaches to think of God all the time. AWAKE: The Life of Yogananda will inspire you to shine your light, open your mind and heart to the will of God, and allow the love to wash over you. This film shows that the human journey is not always easy, but that nevertheless, the fruit of Divinity, of pure spirit, is the sweetest nectar one can taste.

For more on the teachings of Yogananda visit: yogananda-srf.org – To schedule a showing in your city visit: awaketheyoganandamovie.com 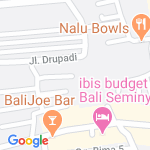 Ellen White, now a Yogi Times' Editor, co-created OmSingles.com, where she gained a worldwide platform for learning and writing about the personal journeys of a…