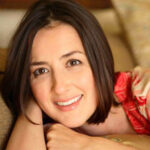 go your own way

Three weeks after my daughter began preschool I received a message on my voice mail, ironcially while at the dentist. It was her teacher’s voice, “Ms. Anna, India bit two children today. Please call me to discuss.” I was stunned. I was mystified and baffled. My child, a biter? It seemed in the first weeks she had adjusted so well to the all-day program. When her teacher and I spoke I tried my best not to defend my daughter, my husband and my own parenting skills. It’s not that I had never seen her bite another child before. I had also seen her pinch, hit and kick other children, but then again I had seen other children do all of the above to her. It’s just a part of toddler development. India’s teacher asked me to speak with her, and when I picked her up from school India promptly announced to me what she had done. “I bit children,” she said.

At home we talked about it, and I asked her why she had bitten the children. India calmly responded with, “I wanted something in my mouth.” Fair enough, I thought, but why not chomp down on a plastic toy instead? The next morning we encouraged her to use her “words” as we dropped her off at school. Just three hours later, I received another phone call, this time from one of the school administrators. I held my breath as she informed me of India’s repeat performance. For Monday, she suggested that she wear a necklace with a teething ring on it to help her refocus her teeth. That was a Friday, so over the weekend we tried not to make a big deal out of it and explored the “issue” with simple discussion. Monday was a good day. She used the teether, and there was no biting. Hooray. Tuesday, she bit two more children; Wednesday another and Thursday another.

I have to share with you how harrowing that week was for me. I felt like a failure as a mom. I did not understand what the heck was going on. I was sure that the other parents were judging me, and the way I was raising India. It’s quite possible they were, but it is also quite possible I had misinterpreted their neutral stares as hostile ones. I also felt bad for the children she was biting, and for the love of God I could not make her stop! I consulted with friends, my sister-in-law, who has been a teacher for 25 years, and a well-known child psychologist. I wanted answers. They all thought India was trying to tell me something. But what? So Friday I kept her out of school, not to punish her but to shift the energy on the past week, to refocus. I also could not muster up the humility to face one more biting day, seeing her teachers’ worried faces confirming what I dreaded would happen.

My tendency, fellow parents and caregivers (and you may relate to this), is to try to control everything in my darling child’s world, to soften the blows and make everything all right. Hmm, I wonder where I learned that? Obviously, there was nothing I could do to make her stop. No negotiating, no meditating and no scolding would make a lick of a difference.


This situation reminded me of when India was less than a month old and experiencing a bout of colic. Every day for five weeks, she would scream and cry nonstop from 4 p.m. until 2 a.m. And me being a new mom, I was exhausted and inexperienced. I had meditated, eaten well, walked and did prenatal yoga throughout my entire pregnancy. I had a drug-free home birth. Why was my child colicky…why? I called my midwife, demanding an explanation. “I want to return this child and get a refund,” I managed to choke out through tears and snot. Somewhere along the line during my pregnancy I began to believe that if I was this healthy and happy yoga mama that I would give birth to a calm Buddha baby. My midwife understood my frustration and then lovingly reminded me that my daughter had her own karma and path to live, and that I needed to love her and raise her to the best of my ability, but that it was crucial that I honor and respect her karma and path. I could not control, manipulate or mold her to be the way I had fantasized.

Cut back to a month ago and I am going through the very same thoughts and feelings. That Friday I kept her out of school and the subsequent weekend I bonded with India and loved her unconditionally. It was my intention to give her space free of my anxiety and frustration. Apparently she had been picking up on my feelings and clearly they compounded the situation. I decided to listen to her actions and meet the needs they were representing. She needed time, space and support.

In terms of managing the situation, I chose to cut her time at school to half days. Maybe she had experienced too much too soon. Maybe she couldn’t handle a full day. We also removed other sources of over-stimulation, like DVDs that were age-inappropriate, and committed to bonding with her more after school. I’ll tell you folks that the biting has stopped, but I realize now that was not the goal. The goal was to let go of the reigns of control and give my daughter the space to live her path authentically while loving and raising her to the best of my ability. The rest is just management.