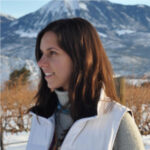 Valerie Nilson is the founder and editor of Intention Daily,…

moderation, and why it’s a good thing

Typical yoga sob story – I was off my mat nursing a yoga injury for almost two weeks, and it was terrible. My sacrum was out of whack, my shoulders were tight, and all I wanted to do was practice my newly-learned arm balances (which were totally out of the question).

I hurt my elbow earlier this year attempting to recreate an Instagram yoga challenge, when something went wrong. I don’t even know what I did, but there was a loud “pop” in my elbow, and after doing some research, I found that my ulnar nerve (the “funny bone”) was trapped – Ouch!

After a couple of months, I was sure that it had healed. But two pretty intense back-to-back practices, plus a surplus of handstands, left my elbow in so much pain I had to say “enough”.

Which leads me to the theme of this essay: moderation, and why it’s a good thing. If I had taken it easy, knowing that my elbow was still a little tender, I would have been on my mat way sooner, and I wouldn’t still be treating my elbow with kid gloves months later. Over-doing even something as beneficial as yoga definitely caused me harm.

This can be seen across the board. Too much sun, while good in small doses, leads to sunburns and melanoma. Too many late nights lead to exhaustion and mental fogginess. Too much sleep is equally disruptive. Too much religion can lead to intolerance, and too much cynicism can lead to distrust.

The first yama in Patanjali’s Yoga Sutra is ahimsa, or non-harming. One can interpret this in many ways – abstaining from eating meat is a way to do no harm, and so is speaking kindly to the people around you. One of the main ways we can practice ahimsa is to avoid harming ourselves. This can include not drinking alcohol, or making sure to exercise, but for yogis, this must also mean that we don’t push our bodies too much while we’re on the mat. We live within the confines of our abilities, and honor our limitations (which typically lessen over time).

Ultimately, it’s up to you to decide how much is too much, but the tool you can most readily use is your own body and the wisdom it contains.

In my case, I had twinges in my elbow that I could have taken as warning signs. But I chose not to listen. Since I started practicing again, I have been more aware of what my body is telling me, and taking rests whenever needed. It feels great to actually be in a conversation with my body, instead of ignoring what it has to say.

But even in non-physical pursuits, your body carries warning signals – a tightening of muscles, a slight stomachache, a sudden tension in your head; these are all signs that you can start to be aware of and act (or not act) upon. And I hope you will, because with moderation comes the anticipation and excitement of what will happen next go ’round.

Is there anything in your life you want to keep in moderation? How has moderation helped you to be more mindful?

Valerie Nilson is the founder and editor of Intention Daily, a blog devoted to mindful living.

Read next >> sense of humor