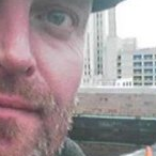 In 2012 my Teacher, Katie Silcox, invited me to attend her 200 hour yoga teacher training in Chacala, Mexico. Sadly enough, I could not attend – How could leave my job for a month? And even if I could, I didn’t have that kind of money to spend on a yoga workshop. In January of 2013, Katie asked me again. “Marc” she said. “You have to come.” My situation hadn’t changed much since the last time she asked. “But Marc, it’s going to be EPIC.”

The training didn’t begin until July so I took a leap of faith and told her I’d do it. I could feel her heart melting over the phone but after we said our goodbyes and hung up I felt fear rush through my body.

She advised me to make this my San Kulpa (my hearts desire) and that’s just what I did. Two months later I was downsized from my job. Of course I was upset but I had been at the same place for fifteen years and I knew deep in my heart that being released was a blessing in disguise.

As I was transffering my 401k saving to another account it was discovered that I had a profit sharing account that I was not aware of. Not only would it be enough to cover my living expenses for a few months it would also pay for the ‘8 Drops’ teacher training, expenses and all.

The first thing I did, well really the second if you count the dance I did in my kitchen, was to call my teacher. “You’ve just blown my mind!” was her response.

Yoga understands ojas as a very fine biological substance that comprises the most concentrated essence of nutrients and energy in the body. 8 drops refers to the amount of ojas contained in the human heart.

When I told my friends that I was going to spend three weeks at yoga teacher training with 14 women in an isolated town in Mexico, the response was painfully predictable. “Nudge, nudge, wink wink, know what I mean, eh?”

Tantra comes from the Sanskrit. Tan means to stretch or extend. Tra translates to beyond limitations so, Tantra is anything that stretches you beyond your limitations. Anything can be Tantric and could stretch me to my limits, as I was about to learn.

8 Drops Teacher Training, launched in 2012, is the brain child of Katie Silcox and Chrissandra Fox Walker.

My teacher, Katie Silcox is a student of Para Yoga Master Rod Stryker and has adopted many of his techniques into the 8 Drops program, but when it came to the actual training, neither she nor Crissandra took the obvious path where the student spends six or seven hours every other weekend and then go home.

“We really wanted to do it old school,” said Silcox. “You can’t find many, if any, teacher trainings where the teachers and students actually live together for the full term of the training.”

That’s also why they chose Chacala, Mexico. Chacala is a picturesque beach cove located on the Pacific Coast of Mexico with roughly 300 full time residents living in this isolated paradise. Isolated (I challenge you to find it on the map) being the operative word here, as isolation and stillness are two of the ingredients to the 8 Drops education.

“It was very important to us that we find a place where we could be with nature. The schedule of rising with the sun for meditation and taking rest in the silence of the moonlight is very powerful.

We all need to tune to the natural rhythms and allow our bodies and minds to fully absorb the teachings in the quiet, and support of sangha and of nature. We wanted everyone to feel the divine mother constantly. Chacala is a fabulous, simple, unspoiled Mexican treasure,” added Hogan.

When Crisandra Fox Walker became pregnant Mer Hogan of Cincinnati, Ohio was asked to step in. “I was involved with 8 Drops TT quite by MA-gic,” Hogan told me. Katie’s partner Crisandra got pregnant and was due over the three week training. Katie called me up and asked if I would co-teach with her.

She (Silcox) is my favorite partner to work with and we had already done lots of retreats and workshops together, so I knew the quality of the training would be exceptional. We have such a deep mutual love and respect for one another and we make each other better- bringing out the tejas (that which shines, the inner radiance) in one another, you might say.”

Our daily schedule began at 6:30 am with a mandatory hour of meditation followed by an hour long asana class led either by Katie Silcox or Mer Hogan. Both have their own unique style.

These are two very intuitive women and teachers and they are able tune into the emotional and physical climate of the group.

There were days when I dreaded my morning Asana class, being either physically drained or sleep deprived (most, if not all, of the students went through several nights of sleep interrupted by bizarre and seemingly prophetic dreams) but our teachers, being the wonderfully nurturing Mama’s that they are, gave us exactly what we needed when we needed it whether that be a slow restorative class full of rejuvenating twists and forward bends, or juicy yoga nidra.

Breakfast at 9am – prepared by three local women whom we all adopted as members of our Kula, our Tribe.

Their English wasn’t much better than my Spanish but I’ve learned that when you really want to communicate gratitude, a big hug and a kiss on the cheek at the end of each meal gets the message across.

I’m quickly approaching my fiftieth birthday and spending three weeks with fourteen young women could have been quite the challenge. Weeks before I stepped foot in Mexico I was worried about what we could possibly have in common… Facebook, nail polish, boys? I was concerned about being taken as an old fart or pervert but I had a lot to learn and had fully underestimated these young women.

Remember that word Tantra? To expand and grow? That applies not just to yoga practice but ultimately to life. After the first day I began to find my place among them and took on the roll of protector, confidante and shoulder to cry on. Friday’s were our days of silence because, according to Katie Silcox, our Prana or life force is depleted by too much talk.

One Friday night, while walking along the beach with Leah and Amanda, we came upon three sketchy, obviously drunk men. Without thinking I placed myself between them and my yogini sisters (even though I’m sure I would have gotten my ass kicked had they started anything).

As we got further down the beach I looked at Amanda and remarked that it might not be a good idea to come out here after dark. She simply smiled and held a fingertip to her lips reminding me of my vows.

I’m fortunate and grateful to have experienced time with these beautiful women and things got easier as the days went on.

Some nights after dinner, I’d stay in the big house (I had a small man cave room just up the hill from the primary housing) to talk and listen but mostly observe. If things got too loud or chatty for me I’d simply drift back to my room for the night.

Women are master communicators and will talk about anything and everything – I noticed that women touch each other.

From a hand on the knee, to a hug, to a brushing of fingertips along a shoulder, these women were in constant physical contact with each other and it made me quite sad that as a man, I’m not socially permitted to do that.

My sisters were always comforting and quieting, always mending each other.

There were times when I simply did not want to participate, rigid my way or the highway American male.. One these was when Mer Hogan initiated the Dance of the 5 Rhythms a series of short, emotionally fueled dances that interpret emotional states from avoiding other human beings to going with the flow to what it’s like to be a boxed in.

We all watched as Mer demonstrated, her body contorting and slapping the stone floor during a dance that illustrated a broken heart. Her face red with rage, fists punching the air, spit flying from her lips as she danced the dance of manhood. It’s pretty raw emotion and there was no way in hell I was going to do it! Men don’t allow themselves to get that raw, that exposed, especially not in front of strangers.

When it came my turn I jumped in, stiffly at first, but by the end I was crawling on my stomach like a child, crying for the loss of my mother (whose death I’d never full mourned). This is intense and I fully understand the purpose. It is to break down all the barriers, emotional and physical, that I’ve constructed over a lifetime and to become a fully realized human being and yoga teacher.

By the middle of the second week I’d fallen in love with these women and this was the plan all along; to melt the heart and to fall in love, not the romance novel version of love that we are all conditioned to believe in love, but LOVE as a force in nature, as a connection with the divine Feminine force and to be closer to God.

Because, not only are we teachers, as Silcox and Hogan explained over and over again, “You are healers. Yoga is more than just a work out. Yoga is medicine.”

8 Drops teacher training is a fusion of the old and the new. A blend of esoteric mysticism and modern asana practices. In three weeks I was not only trained to teach a 60 minute class, I know how to chant in Sanskrit, remedy blocked chackras and gained a better insight into my own personal Dharma.

8 Drops is more than just teacher training. It’s life training. It has given me the tools of heart, mind, body and spirit, something that’s talked about more than practiced.

Those weeks in Mexico stretched me to my limits and forced me, kicking and screaming at times, to get outside of myself which is the true definition of Tantra. I went to Mexico to become a yoga instructor but quickly discovered that 8 Drops means so much more.

I have learned how to clean the lens of my soul so that I might live a life of clarity with ease and to help others attain the same thing but most importantly, I came back with a new family.

Read next >> befriending the darkness within: on creating your own light